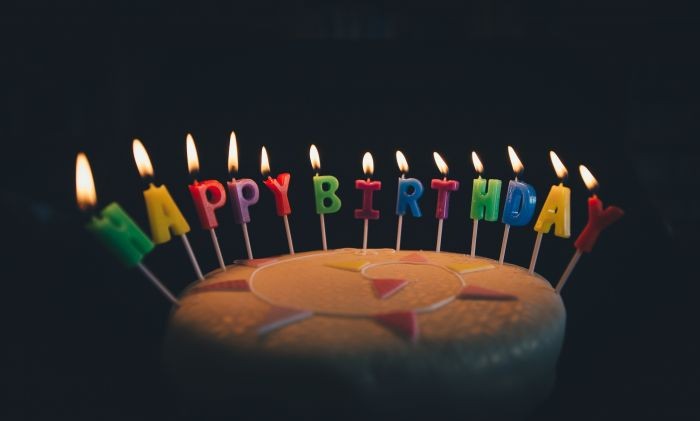 Advancing age brings with it the desire to pause at certain benchmarks to assess how the trip is going, Thus the pause to celebrate today's benchmark as the birthday that brings the last year of pre-octogenarian status and to reflect on things related to healthcare that became a theme over my 70's decade.

But what made healthcare memorable these recent years is that it has been the connection point for the people I am writing about in this column who have joined the ranks of friends important to me. They are friends from conventional medicine, friends in alternative medicines of forms many people seem only vaguely or maybe not at all familiar with, and close friendships with the leadership of a biotech company likely to change the world.

And amusingly to some, the relationships with practitioners of alternative forms of healthcare have become a form of bonding because we share the same workout guru and all met through her.

Ann-Marie Anderson who, with her Ideal Exercise gyms (founded in 1994 with her late husband) in Seattle and Bellevue and her now 25-year practice, is a nationally recognized leader of a small but growing group of practitioners of an exercise technique called high-intensity resistance training.

Her 10-minute weekly regimen continues to draw chuckles from those who have yet to experience what those of us who are her clients have experienced. Those clients, some in their third decade of weekly visits, ranging from teens to octogenarian and from athletes to top business executives to college presidents.

In my case, the leg press on one of the nautilus-equipment units of the workout has gone from 260 to 350 pounds by the end of six or seven repetitions I can do before the muscles say "no more!" But the progress is similar to what other clients experience because of what an observer might characterize as "sadistic" her requirement that each workout must add exercise duration (a second or so) and weight (a pound at least) to the previous workout.

But of course, a routine providing for 10 minutes a week, a single client at a time, is never going to be promoted by gyms or sports clubs so it's promoted by word of mouth. And some of us are now working to broaden her visibility, particularly among senior.

But now for the rest of the story.

The more likely kind of healthcare challenge did, in fact, occur for me when I had to overcome two cancers, colon at age 71 and prostate at 72, thereafter helping friends faced with something similar be aware that what was ahead was a winnable challenge.

Recovery from the colon cancer included proving to myself that I could come back from it five months later by running the 100 meters in the 25thanniversary Huntsman World Senior Games in St. George, UT, where I finished third in my age group. That set off the goal of my workouts for the remainder of my 70's.  Preparing to compete in those annual Games.

And the following year's prostate cancer surgery led to a special friendship with founder Paul Lange of the globally respected Institute for Prostate Cancer Research in Seattle, and a friendship with Dr. William Ellis, star UWMC surgeon for both Paul and my prostatectomies. Both are heroes of conventional medicine at its finest.

Then came Ann-Marie, whom I learned about three years ago from CEO Leen Kawas and board chair John Fluke of M3 Biotechnology. Both are clients and friends of Ann-Marie's as well as close friends of mine who welcomed my investor introductions and involvement as the first, albeit it a small, investor for M3 five years ago. That was early on in the emergence of a company that now stands on the threshold with its new round of human trials of introducing a drug that will regrow brain cells and thus slow or reverse the course of Alzheimer's and Parkinson's Disease.

The story of Ann-Marie and the healthcare friends who have become close because we are all close to our trainer is the rest of this column.

The beyond-the-norm healthcare practitioners that have become part of my unusual circle of friends and Ann-Marie clients are:

--Joe Pizzorno, founder of Bastyr University and its president for 22 years and perhaps the nation's best-known naturopath. His writings and his lectures and teaching now focus on the impact of toxins, "our exposure to a barrage of chemicals, heavy metals, radiation, electromagnetic frequencies, and pollution that are the hidden poisons in our air, water, food, and products."

--Jeff Haller, a nationally known teacher of teachers of the Feldenkrais Method, which is about being sensitive to your body and having the ability to choose effortless movement over struggle. It's about knowing that the brain has the ability to guide healing. If you don't know of Moshe Feldenkrais or his teachings, search him.

--Robert "Dr. Bob" Greczanik, who has a doctorate in acupuncture and is licensed as an East Asian Medical Professional with an amazing array of clients from professional and college basketball, professional football as well as Olympic decathlete Jeremy Taiwo and high school athletes from all sports. Clients included the Jacksonville Jaguars in the playoffs and Super Bowl a year ago.

Ann-Marie just returned last week from the national Resistance Exercise Conference in Minneapolis where she was a key speaker and actually hand young attendees gather around gushing with questions after her presentations.
Her clients and supporters have decided it's time for her to grow her business and thus John Fluke and I are helping prepare a plan, including introductions, to attract a wider range of business opportunities.Meanwhile, there's a sense of a growing interest in the resistance exercise of which she is a master and in the momentary muscle failure that signals you have reached the point where you are done. And for her clients, they know that means your muscles can begin their week-long recovery course,Intriguingly, that doesn't mean you can't do other exercises, as Dr. Bob, Joe Pizzorno, and Jeff Haller, who was a basketball star at Oregon State University, all play basketball and I do my sprint workouts. And some of her high school clients are star performers in their sports. But those are different forms of exercise than her slow, high-intensity workouts.So my goals in the coming year, last before octogenarian status, include helping Ann-Marie, as the most senior female, and one of the best regarded, in the super slow high-intensity training ranks move successfully into broadening the awareness of her training and maybe get a book out of it.Then there's the hope of seeing M3's neuro-regenerative drug reach all those with diseases like Alzheimer's and Parkinson's that are killing people's brain cells.Finally, I'd love to help create a broader recognition for my alternative-medicine friends. They don't particularly need the recognition, but those who don't know of them could use the healthcare they provide.So what of year 80? Well, my son Michael will then be 50, the threshold age the qualify for the World Senior Games. So I thought it would be cool if my son, who also ran the 400 meters in high school and college but made it more difficult by doing that distance with hurdles, could be a father-son team at the games, although in different age groups.
Tweet