Boeing board faces questions - What lies ahead? How about coming home? 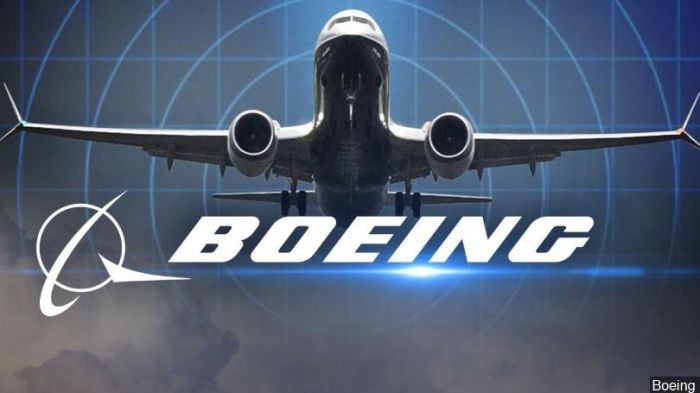 Were it not for the trauma the coronavirus is visiting on this region, the travails of Boeing's effort to restore the lost luster that made it the model for corporate success and community treasure would likely be the subject of negative conversation wherever community leaders gather.

Now David Calhoun, new to the Boeing CEO role but a decade on the board during which the crises within the company were being spawned with no sense the board saw anything to question now-ousted CEO Dennis Muilenburg about, is seeking to right the ship.

As if to prove that the board had no sense of anything amiss until the two 737 Max crashes and the challenges that have dogged the company since then, Calhoun admitted, in an interview two months after he took the reins, that things inside the company were worse than he had thought.

"It's more than I imagine it would be, honestly," Calhoun said, adding "it speaks to the weakness of our leadership," an indictment aimed at ousted CEO Muilenberg.

But there are some who would suggest it might logically apply to the board. Part of a board's responsibility, after all, is being accountable to the public for the quality of services and goods delivered.

It's quite likely that the congressional report that scored "a culture of concealment" and "grossly insufficient oversight" was referring to more than the executives who ran the company.

I recall when I first heard that Boeing charged its airline customers an additional amount for installing devices that would ensure greater safety of its products, my first thought was "the board needs to determine if that's true and, if it is, simply say 'don't do that anymore."

But some will protest, "boards don't do that!" Tell me about it.

So if you haven't, it's worth looking at the board whose job it is to protect the traveling public and the customers who fly them, no less a responsibility than overseeing shareholder profits.

It's definitely a board that could compete admirably with other boards in "the fame game."

First, there is (The) Caroline Kennedy, who most recently served as ambassador to Japan, and former South Carolina governor and U.N. representative Nikki Haley.

The board has military star power. Adm. John Richardson was appointed to the board last year after completing a four-year term as Chief of Naval Operations, and Adm. Edmund Giambastiani Jr. former vice chairman of the U.S. Joint Chiefs of Staff and former NATO Supreme Allied Commander, is completing a decade on the board.

Board chair is Lawrence Kellner, former chairman and CEO of Continental Airlines, who has been on the board since 2011

Other board members were company chairman and CEOs, Robert Bradway at Amgen, Arthur Collins Jr. at Medtroni, Ron Williams at Aetna and Ed Liddy at Allstate president and CEO, as Lynn Good at Duke Energy and Mike S. Zafirovski, at Nortel. Susan Schwab.

Professor at the University of Maryland school of public policy and the former US. Trade representative, named last year fills out the board.

All seem capable of more innovative action than just to name one of their own as CEO.

The fact is, the Boeing that was created in Seattle in 1916 by William Boeing and grew to become one of the most successful and admired companies in America hasn't been the same since it moved to Chicago a week before 9-11. Bean counters, represented by Harry Stonecipher who as president and CEO of McDonnell Douglas orchestrated the merger of the two companies and replaced ousted Phil Condit, took control of Boeing in 2003.

In fairness, a defense-department procurement scandal that eventually led to Condit's resignation, among other embarrassments to the company, began when Boeing was still a Seattle-based company and only exploded after the move to Chicago.

Hard to know whether the culture might have continued in Chicago if Alan Mulally, then president of Boeing Commercial, where the airplanes were made, had been named Boing CEO, which he had expected when Condit was replaced. So instead he went to Ford two years later and worked his engineering-leadership magic for a car company.

Nevertheless, what would be the reaction if that Boeing board decided on a dramatic move to prove the board members wanted a different culture and opted to return the company to its Seattle roots?

The culture shifted when the years passed with the corporate executives 2,000 miles distant from the place where the culture of Boeing's largest unit, commercial airplanes, was nurtured or diminished.

Given the corporate presence that has emerged here in the past two decades, not only in homegrown companies like Microsoft, Amazon and Expedia but expansions here by the likes of Google, a move home by Boeing could not only carry shareholder logic. It could also send a message to customers, lawmakers and employees about the desire to restore the culture and integrity that seems to have waned.