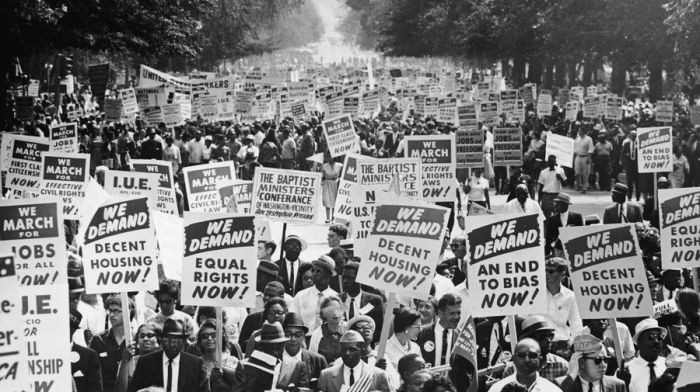 As former governor and U.S. Senator Dan Evans moves toward completion of his memoirs, it's appropriate that he pauses at the chapter on the 1968 campaign to take special satisfaction in mentally revisiting the details of a failure that became one of his most important contributions. That was his leadership role in advancing the career of the man who would become the Father of Affirmative Action.It's the story of a strategy hatched a half-century ago by the three top Republicans in Washington State to accelerate the political career of Arthur Fletcher, a little-known black politician from Eastern Washington, by setting him on what they hoped would be the road to the governorship. They hoped that with their help he could eventually succeed Evans and become the first elected black governor in the nation since reconstruction.

Daniel J EvansFletcher was a self-help advocate who had been elected to the Pasco City Council in 1967, representing the largely black community of East Pasco. The effort by Evans, Secretary of State Ludlow Kramer and the GOP attorney general candidate Slade Gorton to help Fletcher win the lieutenant governor's race in 1968 failed.But because of visibility Fletcher gained in that campaign, in which he ran against popular Democratic incumbent John Cherberg, and national attention that occurred because of a role at the Republican National Convention, newly elected President Richard Nixon would tap him in 1969 to be assistant secretary of labor.Fletcher had founded the East Pasco Self-Help Cooperative to keep local anti-poverty efforts alive, and Evans, a liberal Republican, saw him as the type of political leader who could bridge racial differences at a time of high local and national racial tensions.Fletcher had already built a reputation in other parts of the country for his activities that set him on the road to becoming a political anomaly as a Republican civil rights activist.In his home state of Kansas, he had been involved in the mid-50s in the black community's case against the Topeka School Board that became known as Brown vs. Board of Education. And he campaigned among black voters for the 1954 election of liberal Republican gubernatorial candidate Fred Hall, with whom he became closely associated during Hall's single term and later when both moved to California. 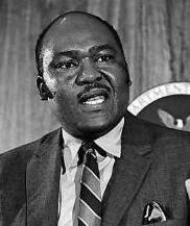 Arthur FletcherAnd after playing college football at Washburn University in Topeka, KS, Fletcher played professionally for a brief time, including a year as the first black player on the old original Baltimore Colts team in 1950.When the '68 election year dawned, Fletcher was already gaining media attention in this state. As UPI's state political editor, I recall doing a story on Fletcher, and other Puget Sound area reporters soon also had written about him, which helped propel him into an attention-getting role with Washington voters.Early in the '68 campaign year, Sam Reed, a young Republican who would become the Secretary of State, created Action for Washington, an organization designed to attract young people into active political campaigning. Reed attracted the involvement of other young Republicans who would themselves become elected officials in this state.Evans noted that it was an era of enthusiastic and sometimes disruptive youth activism, fueled by civil rights and the war in Vietnam. "Sam turned that activism into vibrant political activity, encouraging volunteers to join and then decide which candidates they wished to support," Evans recalled in an interview for this column. "No mention was made of political parties until the organization grew to be a potentially important force in the 1968 election."The Action for Washington young people chose to support him and Kramer for re-election and to support the election of Gorton as attorney general and Fletcher as lieutenant governor."These young political activists were enthralled by Fletcher, a big man and former pro football player who carried a commanding presence and spoke with conviction in his resonating baritone voice," Evans said. The young people attracted to Action for Washington distributed flyers and yard signs featuring, as did newspaper ads and television commercials, what Evans remembers as the foursome of Kramer, Gorton, Fletcher and him "striding side by side with clean-cut confidence." All were in their early 40's.At the 1968 Republican National Convention, for which Evans was the keynoter, Fletcher had a role promoting his self-help philosophy to an audience eager to attract black voters. Among those drawn to Fletcher's convention message was Nixon himself.Fletcher returned to Washington after the convention and in September defeated prominent hydroplane driver Bill Muncey to win the GOP nomination for lieutenant governor. But he was defeated in the November general election by Cherberg, despite the support of the other three Republicans who all won their statewide races.After Nixon's election, he appointed Fletcher Assistant Secretary of Labor for Employment Standards. With responsibility for the wage and hour regulations for the nation's workforce and supervision of the Office of Federal Contract Compliance, Fletcher now had the power to revoke federal contracts and debar contractors from bidding on future work.On June 27, 1969, Fletcher implemented the nation's first federal affirmative action program, which required federal contractors to meet specified goals in minority hiring for skilled jobs in the notoriously segregated construction industry.But after two years, Fletcher's affirmative action programs had earned him so much enmity among the leaders of the skilled construction unions that he was forced to resign.President Nixon gave him a brief assignment on the United Nations delegation under Ambassador George H.W. Bush, which began the friendship that would take Fletcher's political career to even greater heights."Art played an important role nationally after losing the election for Lieutenant Governor," Evans noted. "That role may have been more important than if he had won the lieutenant governor race. However, he would have been a highly successful  incumbent and could have risen to higher elective office.""At that time it could have had a huge impact on race relations and who knows how history could have changed," Evans summed up in an email to me. "He was a remarkable man and one I admired immensely. He lost the race interestingly in King County. If he had half the margin I had in King County he would have won."Evans was kind enough to share a couple of passages from his book, from the chapter on 1968, including this:"I'm confident that if Art Fletcher had been elected lieutenant governor he would have succeeded me, perhaps in 1977. In any case, sooner rather than later.""Happily, Fletcher's political career was far from over. After he served two years as President Nixon's Assistant Secretary of Labor. He went on to serve in the administrations of Ford, Reagan, and George H.W. Bush and became known as the 'father of affirmative action.' Fletcher headed the U.S. Commission on Civil Rights, and as president of the United Negro College Fund coined the wonderful phrase 'A mind is a terrible thing to waste.'""Those were remarkable achievements, but how I wish Washington could have been the first state in the union since Reconstruction to elect an African-American governor. That would have been a proud boast."Evans' reflections on Fletcher, with whom he remained friends until his death in 2005, deserve a broad visibility and make clear he has been forever torn between satisfaction of the role Fletcher came to play nationally and disappointment about what might have been for both Washington and the nation.