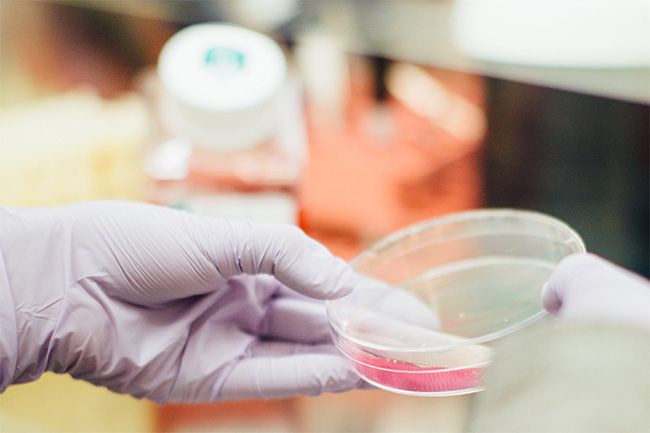 When I did a column five years ago citing a comment from Melinda Gates to a large audience of women that the technology industry was dominated by “a sea of white guys,” I noted that it was actually a woman, Leen Kawas, a then-32-year-old immigrant not yet a citizen, who was the dominant face of the biotech sector of technology in this state.

In recalling that column, I remembered making the point that Kawas was the beneficiary of a large group of investors who were believers in her, in her commitment and in her company, Athira Biotechnology, as she was at the leading edge of the emerging field of regenerative medicine, destined to halt or even reverse the progression of neurodegenerative diseases like Alzheimer’s and Parkinson’s.

I revisit the column here because of the corporate rollercoaster ride Kawas has been on over the past 18 months, first preparing for and taking Athira public in October of 2020. Then being placed on leave in June of 2021 for obscure allegations relating to her doctoral paper at Washington State University nearly a decade ago, then being forced by Athira’s board to resign her CEO role last September after an investigation of the doctoral paper allegations was completed, but results never announced.

Remember this is the young scientist who was co-inventor of Athira's lead drug candidate ATH-1017 and also invented several of the innovative drug candidates in Athira’s pipeline. 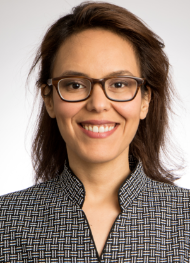 Dr. Leen Kawas,
Co-Founder, Managing General Partner -
Propel Bio Partners LPNow comes news of Kawas’ giant of all comebacks, easing the anger toward the board of Athira that has been the shared emotion for most of that large group of investors who never wavered in their support of Kawas. Now, in essence, she is past the pain of Athira, realizing that what she and her patents put in place there is still likely to become the vital drug she and those who invested in her anticipate.

So now rather than building one vital world-changing biotech company, her future will be in helping numerous entrepreneurs, including biotech ones, build important companies.

It was announced in no less than the Wall Street Journal that Kawas is co-founder and managing general partner of a new investment firm called Propel Bio Partners LP, which will seek to raise a pooled investment fund of $150 million, according to a filing with the Securities and Exchange Commission.

Of particular significance to the investor world, her co-founder is Richard Kayne, prominent Los Angeles-based asset manager, former Cantor Fitgerald principal, and founder of Kayne Anderson. He will be Propel’s general partner.

Propel says it plans to invest in life sciences companies at various stages of development, seeking “to help founders and management teams fulfill the urgent mission to advance human health with disruptive therapies and technologies.”

Propel Bio Partners has quickly attracted some who were early investors in Athira, originally named M3 Bio. Thus it was announced at almost the same time as news of Propel Bio’s formation that John Fluke Jr., who remains on Athira’s board, and Carol Criner, vice president of strategic accounts for the global enterprise solutions company HCL Technologies, were planning to invest.

“Leen is a visionary entrepreneur with a unique blend of drive, intelligence, and demonstrated business acumen. In six short years, she built a company from the ground up, taking it through the early stages of drug development, through its public offering, and into the final stages of developing its potentially game-changing therapy,” Kayne said.

“Under Leen’s leadership, I believe Propel is uniquely positioned to identify excellent opportunities to assist entrepreneurs along the path to success,” he added.

“I am looking forward to providing promising and passionate entrepreneurs the same opportunity that Ric Kayne and others gave to me when I started Athira,” Kawas said in a press release announcing propel Bio's launch. 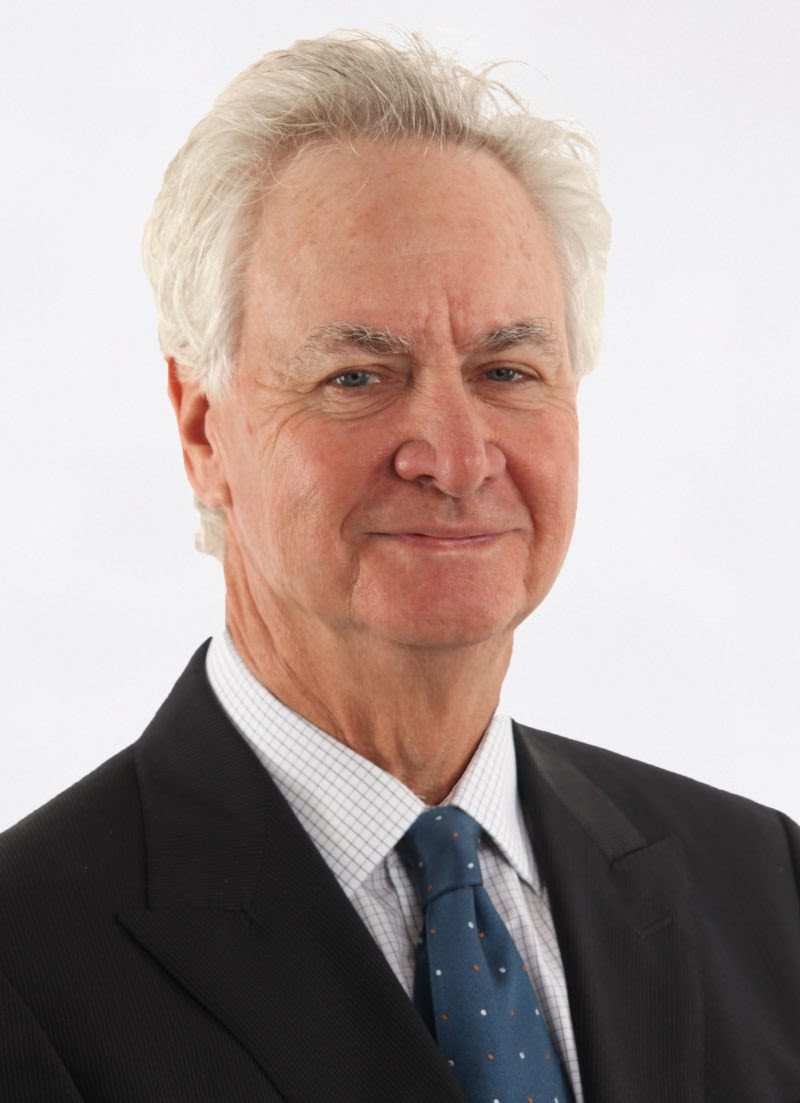 Richard Kayne -
prominent Los Angeles based asset manager will be New Funds General Partner Propel Bio Partners LPIn statements coinciding with the fund's announcement, several of those advising or investing in the new fund, including Fluke and Criner, who were early investors in Athira, made it clear that their involvement was an endorsement of Kawas as an entrepreneur, leader, and scientist.

Those who are longtime readers of The Harp may well recall that Kawas has been my focus on a half dozen occasions, dating back to when I met her in the fall of 2013 before she had been named M3 CEO.

Because her drug was initially focused on Parkinson’s and my wife, Betsy, has been suffering with Parkinson's since 1999. I took to helping Leen meet potential investors through the fall of 2013 and all of 2014.

I told her "You are my company."

She liked to chuckle when she would tell people that I introduced her to the first 200 people she met in Seattle, Spokane, and Southern California, beginning even before she was formally made CEO in January of 2014, Among the first in Seattle were Fluke and Criner. Carol was the first woman I introduced Leen to and she became the first female investor and a mentor.

As I watched Leen's presentation ability, I quickly became comfortable introducing the young Jordanian woman to friends I felt could, if they wished to, ante up the $50,000 that was then the ask.

One was Richard Sudek, then recent past chair of the five-county Tech Coast Angels, which was the largest angel investor group in the nation. Thus at that point, he was likely the best known angel-investment leader in Southern California.

Sudek, who had returned to academia at Chapman University in Orange County, agreed in spring of 2014 to sit for Leen’s computer slide presentation and when she finished, Sudek, leaving me stunned, said: “If you have an advisory board, I’d be happy to be on it.” Sudek has never wavered in his support of her since then.

An accidental introduction allowed me to advise Leen that fate had already determined she would be a success. That came about at Suncadia when Leen was preparing for a presentation I had arranged for a board I was on and I went into the lobby to get coffee. Jim Warjone then retired as CEO but still chairman of Port Blakely Companies, saw me and we caught up for a few minutes since I hadn't seen him in several years. Then he asked what I was doing there and I told him, he asked if he could sit in on the presentation.

So he did and before long he called me to tell me he had decided to invest. He has shared with me several times in recent years when Leen comes up in conversation: "She is the smartest person I've ever met!"

At one point, Kawas cautiously explained to me M3’s focus had to shift from Parkinson’s to Alzheimer’s because it was easier to raise money for a drug to reverse Alzheimer’s and the company was now in a multi-million dollar raise preceding its planned IPO. But she added that “as soon as we finish with approval for Alzheimer’s we'll be 60 percent of the way along when we shift our focus to Parkinson’s” and indeed the trials for Parkinson’s have already gotten underway.

As Leen and I became close friends because of our common goal, at one point she asked: “Can you invest?” So a couple of days later I wrote her a check. A few days after that she told me Fluke had agreed to invest and I asked her if she had deposited my check. She said she hadn’t and I said “if you don’t deposit my check as your first investor before you deposit Fluke’s then tear mine up.”

Now she was certainly aware that a guy with his own family venture fund was of greater long-term investment value than a retired newspaper publisher. Nevertheless, she deposited my check that afternoon, so I have been able to say I was her first investor. And as her image and impact become more far-reaching in the future with her new biotech fund, it becomes ever more satisfying to say that. Because we are close friends, Fluke has been okay but tends to look aside if he's around when I have occasion to tell someone that I am investor number 1.

By 2015, Leen was finding biotech executives and funders beating a path to her door so my introductions were no longer needed, but we remained friends as I was able to turn my attention to other things but watched as she continued to grow a cadre of followers, frequently those for whom Alzheimer's and Parkinson's had personally impacted their lives.

One was Michael Nassirian, a retired Microsoft key executive and an Iranian whose father, who had headed the Iranian oil company, had died of Alzheimer's.

When Nassirian heard Leen's presentation at a Bellevue Chamber event, he approached her after her talk and told her he wanted to be involved and asked how much she needed.

Because of the Leen connection, Nassirian and I have become close friends and meet regularly and I'm sure one of those future meetings will relate to Propel and the need for him to be involved.

When Leen was once asked at an event about what's the difference between the technology industry and biotech, the answer she gave may help guide the future conviction of entrepreneurs drawn to her industry and to her fund.

"Would you rather be part of the industry that will create new instruments that people will be able to hold in their hand or would you want to be part of an industry whose role will be to help create a new hand?"
Tweet
Tags:
Mike Flynn Economic Development business corporations people Propel Bio Partners LP Leen Kawas Richard Kayne Michael Nassirian John Fluke
Mariners Opening Day — memories of the '92 season ...
Aggression in Ukraine ends 30-year ties between Wa...