Many will be sharing memories of Costco's Jeff Brotman in coming days. Here's one. 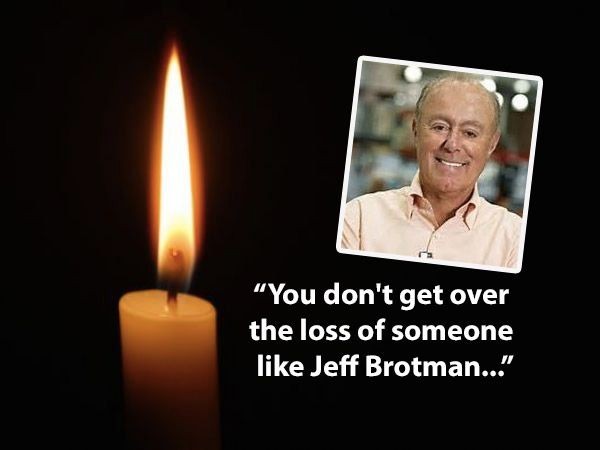 As the sudden and tragic loss of Costco co-founder and chairman Jeff Brotman, who died in his sleep early Monday, settles in on those who knew him and those who merely knew of him and his impact and contributions, memories of him and stories about him will be shared by many in the coming days.You don't get over the loss of someone like Brotman, Time merely allows the memories to slowly displace the pain of loss, and the sharing is an assist for that process. But so are visual memories, and because Brotman, as with his now-retired Costco co-founder Jim Sinegal, shunned media and event visibility, visual reminders about Brotman beyond photos may not be that easy to come by.Thus I want to share the story of what may have been the last such visual of Brotman. And the process by which a half-minute video for the Junior Achievement Puget Sound Hall of Fame came about would be just what those who knew him would expect. And because it was a story only a handful of people closely involved were aware of, it may provide some opportunity for inclusion in the stories of Jeff that will be shared in the coming days and weeks.The 2017 JA event was, for the first time, seeking a sponsor for the video vignettes of the laureates and because we had talked with Brotman about chairing this year's Hall of Fame banquet before learning he had a prior commitment he couldn't change, I contacted him about Costco sponsoring the video.Brotman and Sinegal had been reluctant laureate honorees at the 2015 Hall of Fame event so those vignettes of their lives will also be part of the lean legacy of both men, and I'm sure the videos will be featured at the 2018 Hall of Fame as a final tribute to Brotman.At any rate, knowing Costco is famous about its reluctance to market (maybe infamous would be suggested by those who sell advertising as a more appropriate word!), it was with less than high hope that I called Brotman and suggested that since he couldn't be there, his visibility in a video congratulating the 2017 laureates would be welcomed.He said he'd get back to me in a couple of days and he did, saying that Costco would be a sponsor of the videos, meaning its sponsorship fee would pay the cost of producing the videos on the lives of the laureates that have been the high points of the banquet since the event began in 1987.But he said "I don't need to have a video on this," to which I replied "yes you do, because you being video visible welcoming the new laureates to the unique Hall of Flame club of which you and Jim are key members is too appropriate for you to pass up, so please do it."He agreed. So it was arranged by KCPQ TV General Manager Pam Pearson for Brotman to come by the station and be filmed sharing his comments.Thus Jeff's video welcome to the new laureates opened the program May 4. As a final remembrance of Brotman's role with JA, the organization will be opening the 2018 program with a video of his greeting.The ultimate irony of that is I had told Brotman that he would be the host for the 2018 event, which of course turns out not to have been meant to be.