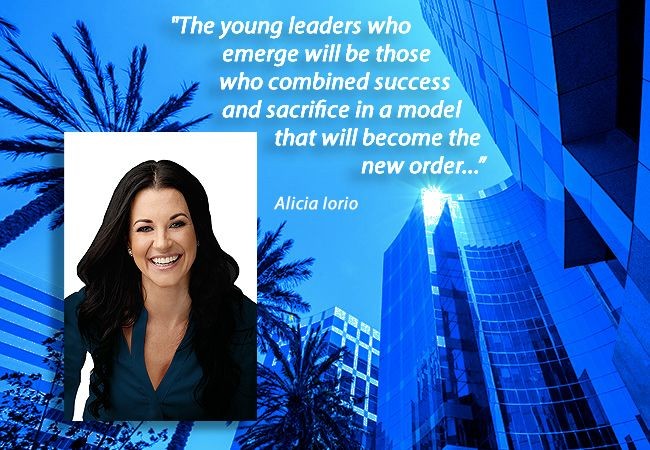 It may seem strange to now begin planning for a fall awards event for rising young business executives in the midst of the coronavirus pandemic that, as one young associate in this effort put it, "is leading people to care less and less about things that aren't meaningful."

In this case, the honoring event I am helping put together happens to be the 21st annual San Diego 40-Under-40 gathering that last October became a two-county event celebrating the young professionals from both San Diego and Orange Counties.

But Bob Page, my 84-year-old friend, former boss at UPI and a long-time publisher of major daily newspapers and later Southern California weeklies, perceives that the young leaders who emerge from this frightening and challenging time will be outliers of a new kind.

As the owner of a business magazine called SD Metro that owns the San Diego 40-under-40 event, Page each year has presided at the Chairman's Luncheon where the honorees are introduced.

As Alicia Iorio, a 33-year-old fast-rising executive and one of the 40-under-40 honorees at the 20th annual luncheon, put it to me: "The young leaders who emerge will be those who combined success and sacrifice in a model that will become the new order. And in doing so we begin to set a new standard."

"Crises reveal the core, either good or bad, bringing forth those people and companies whose highest priorities and deeply held beliefs that represent their driving force will rise to the fore and become the new basis for recognition," she added.

"It needs to become how much did you care and what did you give even while continuing to have one eye on business success?" she added,

"Given those thoughts. you're going to be on the team, as a past honoree, putting this together," I told her.

Her summation of what we want this event to become as we emerge, or begin to emerge, from this crisis can be applicable to the array of 40-Under-40 events around the country, including Seattle, where success has been measured on the business achievements of the young executive.

In fact, it was because the Seattle 40-Under-40, created in 1999 by my son, Michael, for Eastside Business Journal and then taken over by Puget Sound Business Journal to present thereafter that Page, whose event was born that same year, asked me to help with the 2019 event.

So virtually every event, ranging across the spectrum from business to sports to non-profit fundraisers or community events has been canceled or postponed so that crowds are not induced to gather, particularly at a time when there might seem little to celebrate but life itself.

But I concluded the effort on behalf of this event, which at its 20th anniversary last October 1 in San Diego had become a San Diego-Orange County one, was a story worth sharing because my young business associate, Alicia, suggested it was an important initiative, because of this environment in particular.

So I decided to write about a Southern California event in a column whose readers are mostly in the Seattle area and the Northwest because the idea of a new rationale for what kind of young leaders should be honored merits consideration in every region.

And the 40-Under-40 event, because it's held in most every important metro area in the country, may be the most logical place to begin honoring the new breed of business outlier as the passing of the virus allows resumption of most such events, hopefully with many seeking new models.

I view Iorio as an example of the new model. After she spent more than a decade in corporate accounting and financial consulting, she turned to healthcare and is now president of CBMD, which she describes as a "physician-backed, medical-grade" CBD company.

In addition, she is responsible for community outreach for OC Hospice. She also serves as chair of OC Gift of Life, a worldwide bone marrow registry seeking to provide patients battling blood cancer with a second chance.

Because I need to contact her on occasion as this 40-under-40 effort takes shape, I've been struck by how often she texts me "I'll have to get back to you later. I'm with a patient at the hospital right now."

So it may come to be that the virus passes and the 40-Under-40 event can be held in the fall and when Page stands before the audience at the Chairman's Luncheon, it will be an honoring of those young executives whose rite of passage was a litany of caring and concern and community, not merely a financial success.