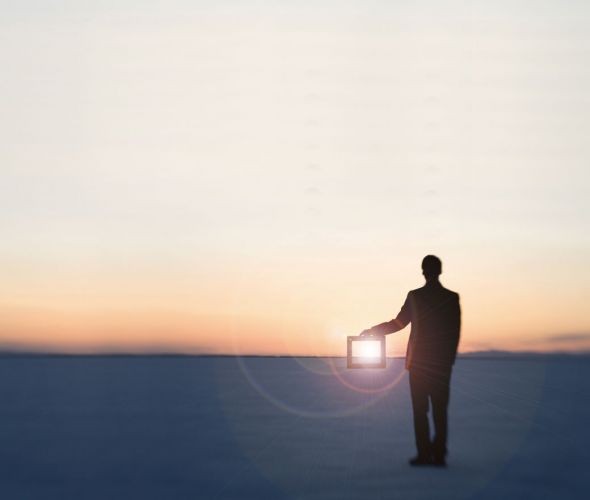 Any legislation created by Congress with the promise of helping the rich get richer by providing for them to help the poor is bound to be challenged from its birth, faced with a mix of believers, skeptics, opportunists, and cynics.

So it is with the Qualified Opportunity Zones (QOZ) provision in the Tax Cuts and Jobs Act of 2017 that will permit those owing capital gains tax to delay, reduce or even totally avoid those taxes by investing in special funds designed to start businesses and provide other steps to help economically distressed communities.

Ralph IbarraAnd now the OZ legislation, signed into law by President Trump three days before Christmas in 2017, a sort of holiday gift to taxpayers and, significantly, a bipartisan one, is drawing a lot of scrutiny from critics who contend it is turning out to be merely a tax break for billionaires and focused far more on real estate projects than on job creation.

Supporters counter that much of the criticism has a political ring to it a year before the presidential election in which Trump could point to it as an example, albeit a rare one, of Congressional bipartisan progress.

Meanwhile, officials in most states, including Washington, have been slow to roll out examples and promote projects the act has made possible with its capital gains tax breaks. Nor has there been much creativity on the part of state leaders to convince some of those wealthy investors to look at potentially winning projects, or in maybe putting state funds into projects that, coupled with the tax breaks, could become attractive for major investors.

The "politics" accusations are coming because Congressional opponents are starting to discuss what they see as the need for changes, including a possible effort to terminate zones that are not sufficiently low income. That was one of the key criteria for census tracts to gain OZ eligibility in the original list put together by the Treasury Department.

A recent high-visibility example of the criticism was a New York Times article that rained vilification down on Michael Milken, alleging that he tried to take advantage of the Opportunity Zones tax incentives to enhance the value of some of his Nevada property.

The Times article indicates that Milken, still widely recalled more as the billionaire king of junk bonds who went to jail than remembered for his decades of philanthropy since then, sought to press the Nevada governor and state officials to get the Treasury Secretary to classify the tract as an OZ.

There no real evidence that Milken did that, and there was no effort to paint any of his actions as illegal even if he had.

The parcel was eventually included in the eligible census tracts, despite Treasury's concern that the residents were too well off to get the designation. Once included it was selected by the governor as one of the state's Opportunity zones.

Ironically, that Reno area OZ parcel in which Milken owns about 700 acres, contains many of the potential job-creating aspects of what proponents of the tax break indicated they hoped would come about, including a planned tech incubator where smaller companies could set up operations and seek investors.

My longtime Latino friend Ralph Ibarra, a fan of the Opportunity Zones idea from the outset who has delved deep into the details of the tax-break legislation, says he felt it was a "golden opportunity" to provide a chance for investors to get involved to achieve good ends.

"if you want to get investors to act in their enlightened self-interest you incentivize them in ways they understand and that's by offering them the opportunity to get a return," said Ibarra, who has shared several ideas on how he might get involved in ways that would generate returns for his clients and causes from OZs.

When I mentioned the Times Article on Milken to Ibarra, who as president of DiverseAmerica Network helps corporations with diversity issues and small businesses with access to opportunities, he said he didn't see a problem.

"Using your influence in that way is no different than the Port of Tacoma going to the governor and saying 'it would be helpful if you designated the Tacoma Tide Flats as an Opportunity Zone so we can attract capital to some projects.'"

"In fact, I did it myself when I looked at every potential opportunity zone from Seattle to DuPont, intending to try to influence the process, then went to the Lieutenant Governor's office and suggested ones I thought should be selected. I said 'respectfully here are tracts that I believe are worthy of being selected because of the lack of equity capital for small and distressed firms in those areas.'"

Ibarra's point was he was seeking to use his influence with the lieutenant governor because of projects he had been involved with relating to the state's second-highest elected official.

Sen. Tim Scott, R-South Carolina, who wrote the 2017 Investing in Opportunity Act measure that was filed and then forgotten in committee, gathered support from moderates of both parties in a true example of working together to revive the bill as an addition to the major tax bill. Thus was born the Opportunity Zones.

Governors of the 50 states were brought into the implementation of the act by having the chance to designate census tracts where various business ventures would be eligible for the OZ benefits, through investment by Qualified Opportunity Funds.

Jessie J Knight JrA key business figure I asked about the emerging criticism of wealth-enhancing projects just getting off the ground was Jessie J Knight Jr., a retired prominent San Diego business leader closely involved with oversight of the OZ legislation and one for whom philanthropy has become a retirement focus through his family foundation, Knight's Angels.

Knight, a retired Alaska Airlines board member who was chairman of San Diego Gas & Electric and Southern California Gas Co. both subsidiaries of Sempra Energy, where he was executive vice president, said: "judging this legislation on projects already in place is short-sighted and ignorant about economic development."

I reached out to Knight because he is one of the national business leaders selected to serve on a task force chaired by Vice President Michael Pence and Senator Scott that is overseeing the progress of the OP-zones program.

"This effort can only be judged in what new investment doors are opened to the private sector in the short run, and in the longer term, what businesses and communities have been improved in years five, seven and 10 (the years in which capital-gains taxes due are evaluated for reductions)," Knight said.
An effort at work in Washington may help provide the model for how Opportunity zones can help bring progress and job creation to economically deprived areas.
A working group, that includes Chuck Depew and the National Development Council for which he is a senior director and West Team Leader, is working with local communities and has come up with some promising projects, in Wenatchee and on the Colville Reservation in Central Washington.
The involvement of the state's Native American Tribes and Opportunity Zones designated near or adjacent to them has yet to fully emerge, but will be essential to future success, Depew says.
But he cautions, with a message that critics of OZ need to digest, that projects that will attract mission-driven investors who want to do good while gaining financial return take longer to put together than the low-hanging fruit that has attracted the wealthy investors looking only to get easy tax breaks.
"The challenge in the program is how can Opportunity-Zone communities, rural, urban and tribal, encourage mission-driven investors, including private, community and family foundations and social impact investors to be involved," Depew told me for an earlier column. "That takes time and resources."
Tweet
Tags:
Economic Development Mike Flynn Government business corporations people issues Politics
Joan Wallace bringing closure to long commitment t...
Serial entrepreneur Pete Chase carving out a key r...

Entrepreneur of the Year event has become community entrepreneurship celebration