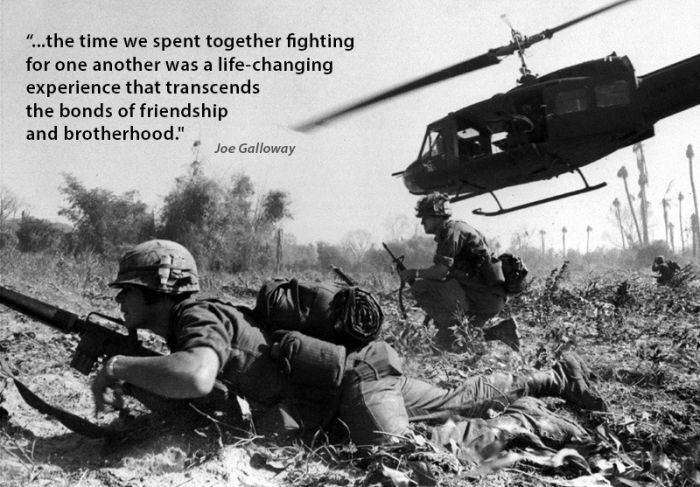 Noted war correspondent Joe Galloway had a virtual reverence for the service and sacrifice of the men and women whose wartime exploits he wrote about, from the early years of Vietnam to the invasion of Iraq. 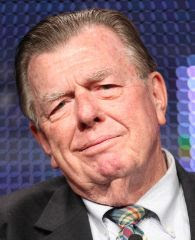 Joe GallowayBut Galloway, who died early Wednesday at his home in Concord, NC, at the age of 79 days after suffering a massive heart attack, had a profound irreverence, as in contempt, for the elected officials who put his soldiers in harm’s way.

Galloway's death has prompted obituary pieces across television networks and in national newspapers. But in this Harp on Galloway, recalling a one-time colleague at United Press International years before we actually knew each other but with whom I became friends in recent years, I want to share some things about the person rather than just his journalistic deeds.

Galloway had been in Vietnam for only a few months when in November of 1965 he found himself under fire with soldiers of the Seventh Cavalry Regiment in a place called the Ia Drang Valley. It was to be the first battle between the U.S, Army forces, and North Vietnamese regulars.

Galloway often referred to the battle of the Ia Drang Valley as a defining, even though it would be a decade until the actual fall of Saigon.

Ia Drang began a relationship between Galloway and the U.S. commander in the battle, Lt. Col. Hal Moore, that extended over more than five decades and involved co-authoring two books, including We Were Soldiers Once...and Young and the movie made from it, We Were Soldiers.

I wrote several Harps about and with Galloway over the past six years because he had an impact on many people in the Seattle area during two key stops here on his travels around the country, in essence, revisiting that war in memory and emotion, interviewing veterans of that conflict. The interviews numbered more than 500 before the COVID-driven halt.

I heard about his interviews and called him in 2015 to ask "why don't you come to Seattle? So he did and the two weeks of Seattle interviews were part of the years of interviews he did relate to the 50-year Vietnam Commemoration initiated by the Defense Department under President Obama in 2012. It was launched not to celebrate the war but those who fought there but were not treated properly on their return. DOD invited Joe to do the interviews, a contribution that must someday be recognized at the highest levels.

Among the Seattle interviewees was Bruce Crandall, made famous by the book and the movie as the helicopter pilot who, with his wingman, Ed "Too Tall" Freeman, made as many as 20 trips to a landing zone that was constantly under withering enemy fire. Both received the Medal of Honor for their heroism.

Galloway's impact was not just with those he interviewed or the several interviews that Q13 Fox did with him in addition to providing the studio and cameramen and distributing to other stations around the country. I had the opportunity for question-and-answer sessions with him at Seattle Rotary, a session attended by the JBLM commanding general who was a key supporter of the 50th-anniversary cause. And at a special breakfast session at the Columbia Tower Club.

Joe GallowayOne of the more emotional moments for Galloway came during our interview at the Tower Club when someone in the audience asked about Gen. Norman Schwarzkopf, who had once described Galloway as "the soldier's reporter" because of his caring and regard for those he wrote about in battle. They had become friends in Vietnam where Schwarzkopf was a captain.

"I told him Hal was having trouble with his memory," Galloway recalled. "So am I Joe," he quoted Schwarzkopf as replying. "So you better get down to here to Tampa so I can buy you a beer before I forget who you are.'"
It was a tearful moment not just for Galloway but for some of the military people in the audience as Galloway noted that Schwarzkopf, who had commanded all coalition forces in the gulf war, was suffering from both Parkinson's and Alzheimer's and died not long after the 2012 telephone conversation.

Galloway shared another emotional story with me that on some Memorial Days, when he wasn't at a high-visibility event somewhere, he visited the Wall in Washington, D.C. “I know where the names of each of the 265 Ia Drang dead are on the wall and I touch each and cry a bit.”

For Galloway 2020 was to be the final year of his seven-year odyssey under special assignment from the Defense Department to do interviews with veterans of the war. The goal: to preserve their memories for future generations who want to know what the war was all about.”

Now hopefully someone will ensure that the hundreds of interviews to which Galloway devoted his last decade become part of the shared memory of the war and those who fought it.

Galloway shared with me on several occasions, referring to the veterans he had interviewed: "They are not bitter but I am bitter on their behalf. It makes me angry that those who came to hate the war came to hate the warriors who were their sons and daughters."

Tweet
Tags:
Mike Flynn
Wilson boys' football success story is a family, l...
Seattle may be the site of Invictus Games, an even...