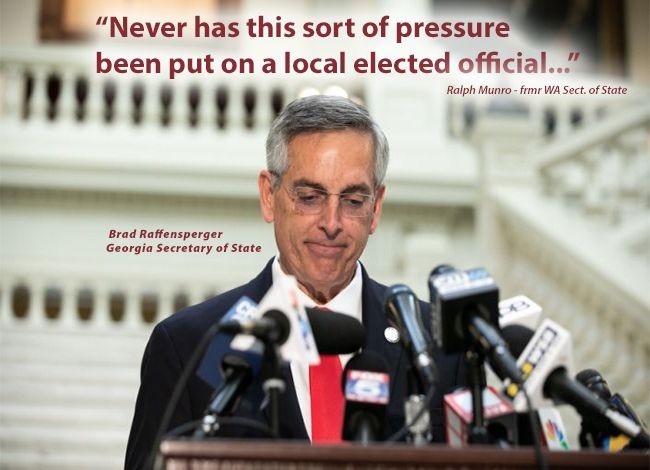 Two retired Washington State secretaries of state, both Republican and both among the nation’s most respected during their tenures, both think Georgia Secretary of state Brad Raffensperger deserves some sort of national honor for political courage for the manner in which he resisted pressure from President Donald Trump to alter the presidential election outcome in his state.

“Never has this sort of pressure been put on a local elected official,” said Ralph Munro, who served five terms as secretary of state, the elected role in Washington as well as most states, including Georgia, occupied by the state’s top elected official. 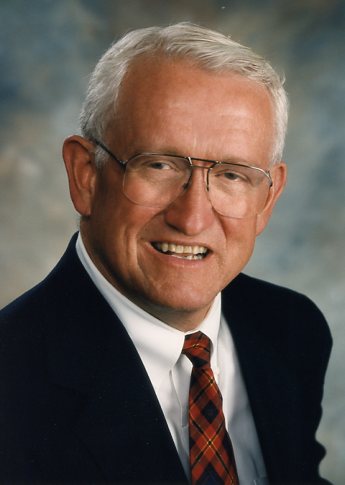 Ralph Munro“The secretary of state is elected to protect the voters and their ballots and to make sure the votes are honestly counted,” said Munro. “To have the president demand that Raffensperger find the votes to give him the election is unbelievable.”

“Raffensperger deserves national recognition for his political courage,” echoed Sam Reed, whose three terms in the top state election post followed Munro’s tenure and immediately preceded the election of Kim Wyman, the current Republican secretary of state, in 2012. “It’s outrageous that the president would ask him to fix the election.”

“Everyone should admire Raffensperger’s political courage,” added Reed, who experienced his own challenge where integrity clashed with politics, and for sometime after he paid the price in his relations with some state Republicans.

Reed’s challenge was in 2004 in the close gubernatorial race between eventual winner Christine Gregoire and the GOP challenger, Dino Rossi, a prominent ex-state senator. Rossi was declared the winner by Reed on election night with a 120-vote victory margin, which had shrunk to 42 votes on the automatic recount.

Gregoire then paid for another recount, which she was entitled by law to do, but was challenged by Republicans who expected Reed to support them. Gregoire won that second recount by 230 votes, after a State Supreme Court ruling that upheld Reed’s decision that she had a right to pay for a recount.

Reed told me he sent Raffensperger an email after the visibility uproar following the Saturday Trump call and expressed his empathy with the Georgian.

Reed said he also shared with Raffensperber that cries that the Democrats had stolen the 2004 election echoed from Republicans across the state and that he was told by irate Republicans for weeks after the election that had no chance to be re-elected.

Sam Reed“I told Raffensperger that two years later I was re-elected with 60 percent of the vote,” Reed said. “I told him I thought most voters, including Republicans after things cooled down, appreciated that I had upheld the integrity of the election process.”

So what kind of recognition could Raffensperger get? Munro suggested the Margaret Chase Smith American Democracy Award that the National Association of Secretaries of States bestows to recognize individual acts of political courage, uncommon character, and selfless action in the realm of public service.

The award was created by the secretaries of state, including Munro, in 1992 and named for the former U.S. Senator from Maine, who jeopardized her career by speaking out against the red-baiting tactics of Senator Joseph P. McCarthy in the 1950s.

Munro and former Governor and U.S, Senator Dan Evans received that award several years ago for their leadership in welcoming Vietnamese refugees to Washington as the first state to reach out to those refugees after the 1975 fall of Saigon and the end of the Vietnam War.

In any event, if other elected officials around the country follow the lead of Munro and Reed, Raffensberger’s actions will come to be recognized for a display of integrity in the face of political pressure that merits the thanks of all who realize that Democracy depends on that kind of courage.