When William (Bill) Ruckelshaus, a Watergate "hero" who knows a bit about how to deal with presidents, offered some advice in a nationally syndicated column to President Donald Trump, it set me searching for a column I did on him six years ago in which he derided "this era of inflamed partisanship and ideology."Ruckelshaus, who served two presidents as head of the Environmental Protection Agency and was talked about as a vice presidential candidate for another, was the email interview for a recent Bloomberg column in which he offered "there is only one person who can shut down all the current speculation" surrounding the Trump administration. 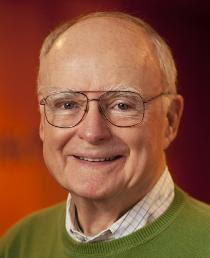 How the President reacts to the advice "to turn over all the information he has and instruct his minions to do the same" is fodder for someone else's column. This Harp is about the thoughts he shared in late 2011 about the attacks on the EPA.But almost equally compelling was his recollection of the time, despite the accusations then surrounding a president who was eventually forced to resign, when Congress functioned with an inter-party cooperation impossible to imagine now.Ruckelshaus, since moving his family to Seattle in 1975 to become vice president of legal affairs for The Weyerhauser Co., has been a prominent business figure in the Seattle area, including as a principal in the Madrona Investment Group. He was honored as a Laureate of the Puget Sound Business Hall of Fame.In our interview six years ago, there was a detectable sense of both disappointment and frustration in his voice as discussed what he termed the "most violent anti-environment rhetoric in recent memory coming from Congress" in attacks on the EPA.As evidence of frustration, Ruckelshaus said "recent attacks are particularly mindless because they give no credence to the original bipartisan support for the creation of EPA," which came into being by executive order of Republican President Richard Nixon in December of 1970.""It was at a time of public outcry that visible air pollution and flammable rivers were not acceptable," Ruckelshaus recalls. "And as EPA was being established, the Congress passed the Clean Air Act in a burst of non-partisan agreement: 73-0 in the Senate and 374-1 in the House."It's difficult, in this era of what he calls "inflamed partisanship and ideology" to even imagine there was a time when such agreement between political parties and both houses of Congress could occur on any issue.The fact that Congress could with virtual unanimity approve what obviously was legislation that assumedly made some members uncomfortable would be viewed as "historical fiction," or maybe "Fake History" by some political ideologues today.Ruckelshaus was named by Nixon to be the EPA's first administrator, then was called back by President Ronald Reagan, to be the agency's fifth administrator. His name has become synonymous with environmental protection, which doesn't mean he's always defended the tactics or decisions of those engaged in protecting the environment.For example, he acknowledged in our interview that "it's important to be careful about what power you give government and government hasbe careful about how it exercise that power." He suggested it's "almost a given that abuses will occur," but posed the question: "What's preferable, the possibility of abuses that must be reined in, or no rules? In order to provide the framework in which freedom can function, you have to have rules."A sense of disappointment is evidenced in his reaction to what's evolved over four decades of the public's attitudes toward the EPA and environmental oversight. In a memorable speech some years ago as he accepted a national environmental award, Ruckelshaus characterized the public's, and thus Congress', view of environmental initiatives as "violent swings of the pendulum."Ruckelshaus, now 84. has to be a disquieting persona for those engaged in what he refers to as "virulent" and "mindless" attacks on that agency.After all, Ruckelshaus has impeccable Republican and business credentials, making it difficult for those seeking to dismantle the agency he guided to characterize him as a crazy environmentalist seeking to punish businesses and destroy jobs.His Watergate role came about when he resigned from Nixon's Justice Department in 1973 rather than accept the President's order to fire Watergate special counsel Archibald Cox hours after the Attorney General Elliott Richardson was fired by the President for refusing to fire Cox.Ruckelshaus was the 29-year-old Republican legislative leader in his home state of Indiana before he came to prominence in the Nixon Administration.Those who have grown tired of the dysfunctional nature of verbal rifle shots that have replaced Congressional debate might wish there was something at the national level like the William D. Ruckelshaus Center in Seattle.The mission of the center is to act as a neutral resource for collaborative problem-solving in the Northwest, providing expertise to improve "the quality and availability of voluntary collaborative approaches for policy development and multi-party dispute resolution."For anyone inclined to dismiss the wording of the mission as "policy-wonk" speak, it should be noted that the center has successfully brought together parties to build consensus on a range of issues, perhaps most dramatically the Agriculture and Critical Areas Project.The landmark three-plus year effort aimed at preserving the viability of agricultural lands dealt with the issue of how to control farmland runoff without destroying the prosperity of farmers, a development that has unfortunately received little visibility.The center brought all groups, including environmentalists, farmers, tribes and local counties, to negotiate an agreement that was approved by the 2011 Legislature.The Center is hosted at the University of Washington at the Daniel J. Evans School of Public Affairs and at Washington State University by WSU Extension. It is guided by an advisory board of prominent local, state and regional leaders representing a broad range of constituencies and geographic locations. The board is chaired by Ruckelshaus.