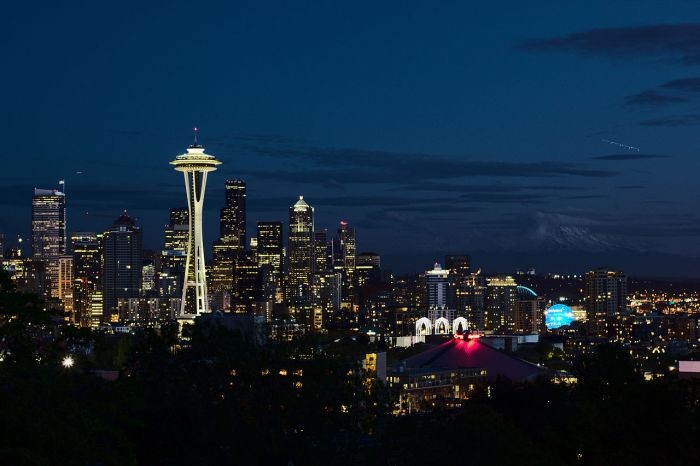 Soon after Mike McGinn took office as Seattle's new mayor in 2009, he was speaker at a business breakfast and was overheard telling an aide as he was sitting at the head table waiting to be introduced, "these are not my people."

Those in the business community soon came to understand McGinn wasn't their "people" either and sought to help support the election of Ed Murray, the longtime legislative leader who ran against and ousted McGinn in 2013.

But Murray turned out to be only marginally better for business and his only bow to the needs of the business community was a frequent refrain as his term progressed that he'd be open to help business "but business can't tell me what they need." And he spent little time reaching out to business leaders to find out.

Now Murray, driven to end his re-election bid amidst the growing furor over law suits contending he had sexually preyed on troubled young men years ago, leaves Seattle entering a time of uncertainty as the contest for a new mayor begins.

No one takes pleasure in Murray's travails. But the fact remains that as Seattle prepares to find a new mayor and business people began discussing how to seek to take advantage of the opportunity to find a business friend, a candidate that most feel at least understands both business and the political process has filed to seek the office.

That's former U.S. Attorney Jenny Durkan, a woman of power and influence in Democratic party ranks but viewed by most business people as a throwback to a time when "liberal" included being a Democrat who understood the importance of the business community to a vibrant city.

Among those happy to see Durkan in the race is Bob Wallace, CEO of Bellevue-based Wallace Properties. When I called to talk to him about the Seattle political scene leading up to Durkan's announcement of her candidacy, he quipped: "I told Kemper (Freeman) that he should send a big bouquet to the Seattle City Council for all they are doing to make Bellevue look good to business."

Of Durkan, Wallace said "I'm pleased to see her decide to run. She is liberal, smart and pragmatic and she'd be an infinitely better mayor than any of the others in the race."

Wallace, although a conservative Bellevue business leader, has made a point over the years to also immerse himself in Seattle's business leadership, serving in key roles in both the Seattle and the Bellevue chambers of commerce.

Wallace says that although what he views as the "drift to the far left" by Seattle's elected leaders is "potentially jeopardizing our economic future," he suggests that "Seattle's major companies could care less" because Seattle represents only a small part of their business empires.

But smaller businesses do care and the growing contrast between the apparent attitudes of Seattle and Bellevue elected officials toward business needs is being increasingly noted. A friend of mine is launching a new business with offices in Seattle and Bellevue and told me that "many of the Eastside people we are hiring wouldn't be coming to work for us if we didn't have a Bellevue office because they simply don't want to have to get into Seattle each day."

It's important for Seattle business leaders enthused about Durkan's candidacy not to talk of her as pro business because that's not only possibly inaccurate but for sure potentially damaging to her candidacy in a community where that's obviously a negative for many Seattle voters.

The key is that she certainly brings an understanding of business, how it operates and its legitimate role in the success and future of Seattle.

Durkan wouldn't be the first Seattle woman mayor. That role belonged to Bertha Knight Landis, elected to a two-year term in 1927, having been the first woman elected to the Seattle City Council five years earlier and becoming president of the council when re-elected two years later.

Business became her fan, incidentally, before she won elective office when she orchestrated a weeklong Women's Educational Exhibit for Washington Manufacturers. Staffed by more than 1,000 women, that bolstered the spirits of the business community during a period of severe recession.

Landis defeated incumbent Edwin J, "Doc" Brown in 1927 in a campaign in which her theme was "municipal housecleaning" was needed in the Seattle government, an approach that could appeal to moderates on the left this year.

One issue that's already certain to be a mayoral campaign issue on which all these seeking the office will be pressed to explain their positions is the proposed city income tax on higher-income individuals. Most announced mayoral candidates at the first mayoral forum, prior to Durkan's announcement, expressed support for an income tax. In fact the idea was proposed by McGinn, who is seeking to regain the mayor's office.

Candidate positions on the effort to impose an income tax of unspecified amount on high-income individuals, with no clear indication of the definition of "high income," will be interesting to watch take shape during the campaign leading up to the August primary when the top two vote-getters will move on to the November general election.

Seattle is the second stop by the supporters of a state income tax who have embarked on a process observers have described as "city shopping," looking for a local electorate or elected body willing to impose an income tax to get the issue before the state supreme court. Olympia voters rejected the idea in November.

Only the uninformed could fail to realize no income tax is going to be imposed in Seattle for the foreseeable future so it can't provide revenue for the city that proponents say is needed now.

Rather the hope for a court test is that the 5-4 majority decision by the State's highest court in 1932 that an income tax was unconstitutional would be reversed by a far more liberal court 85 years later.

But the fact that the 1984 legislature outlawed a local income tax imposed by cities or counties means a first court test would be about state law rather than the constitutionality of an income tax.

As for Durkan's view on the issue, she quickly debunked the idea at her announcement news conference, saying a city income tax is "probably not constitutional," and in addition she thinks it's "not be the solution we need now."