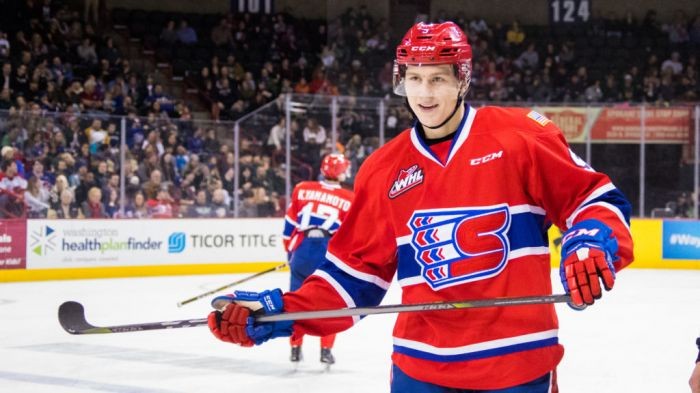 Bobby Brett, the long-time owner of the major-junior hockey Spokane chiefs who is heading into the Western Hockey League finals this weekend, is convinced the advent of National Hockey League (NHL) play in Seattle come 2021 will create a family among the Northwest's local hockey teams.Brett, part of professional baseball's best-known band of brothers who bought Spokane's class A short-season professional baseball team, the Indians, in 1985 and added the junior hockey team in 1990, says the yet-to-be-named Seattle NHL team "will be the region's team." 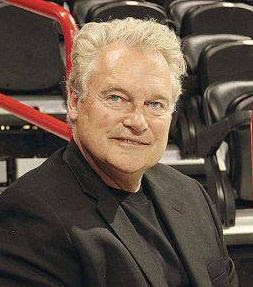 Bobby Brett
Journal of Business photo"The time will come when players drafted by the Seattle NHL team will be assigned to one of the region's junior-league teams and develop a following and then wind up being called up to Seattle, and people will follow the deeds in the NHL with a 'that's our guy," Brett predicted.Brett uses the easy example of Tyler Johnson, a local Spokane kid when he was drafted by the Chiefs in 2005 at the age of 15. Three years later he began a three-year starring role with his hometown team before he was drafted by the Tampa Bay Lightning in 2011. In his 2014-15 rookie season where he was named to the NHL All-Rookie team.Had a Seattle NHL team been around and been the team to draft Johnson and help him move to stardom, he would have been the embodiment of every teen-age hockey hopefuls dream and his fans firm fans of Seattle's NHL team.This column was meant to be about Brett's more than three decades of ownership of the Spokane Indians, which the Brett brothers bought after a seven-city search for a minor league baseball team they would buy. They bought the team for less than $150,000 and grew it into what has been described as "a gold standard of minor league ball" in its value today.As we sat down in the office of our mutual friend, Spokane angel-investment leader John Pariseau for an interview this week, it was meant to be focused on baseball. But Brett's hockey team and its performance and its role in Spokane sports since Brett bought the team in 1990 drew my attention.The Chiefs begin their best-of-seven WHL Western Conference championship series against the Vancouver Giants this weekend.Bobby and his brothers have been about baseball their whole lives. Ken, drafted by the Boston Red Sox in 1966, was an athletic phenomenon, equally gifted as a hitter or a pitcher. And while he wound up as a journeyman pitcher playing for 10 teams, several teams had considered drafting him as a left-handed center fielder.  Ken, who was a co-owner with his brothers when they finally settled on Spokane, died of a brain tumor in 2003.Younger brother George played 21 years for the Kansas City Royals as a perennial American League All-Star who was eventually named to baseball's Hall of Fame.Bobby played in the minor leagues in Billings and San Jose before deciding he could make more money in business, building and owning apartments in Southern California.Of the brothers' search for a baseball team to buy, Bobby explained the process: "I'd looked at seven cities, and Spokane just happened to be my seventh stop. With the first six places I visited, the town wasn't right or the ballpark wasn't right or something wasn't right. So I was very discouraged."  "I landed in Spokane. We wanted to buy a team, and this was the place I liked. There was a real airport, a real downtown with a beautiful downtown park," He told an interviewer a few years ago. "I went out to the baseball park, and it was all run down, but I thought, geez, you just need a little paint, a little of this and that. So, Spokane was the one we bought."And Bobbie, with the support of his brothers, quickly created a winner with the Indians winning the Northwest League title in four consecutive years from '87 to '90 and winning four more titles since then.Although Bobby was involved in the Spokane community from the moment the Bretts bought the team (they also own the Class-A Rancho Cucamonga Quakes in California and the Tri-City Dust Devils, also of the Northwest League), Bobby remained an absentee owner, visiting maybe four times a year.But that changed with the purchase of the Chiefs."I had gotten married in 1988 and we had a kid a year later," Brett explained. "We lived in Manhattan Beach, which is a great area to live in if you're single or married with no kids. But it's hard to raise a kid with all the stuff that happens at the beaches in California.""I thought, if we buy the hockey team, maybe I'll move up there for six months and get it off the ground and see how I like it," Bobbie explained. Six months has turned into nearly 30 years.  He's become more than a sports-teams owner.Major junior hockey, for those not familiar with it, becomes not just a community thing but a family affair. And that's part of his community commitment."We draft the kids when they are 15 and they can play on our team at 16 and continue until they are 20 so some kids are with us for four years," Brett explained, noting that the team helps find homes for the kids to stay in and families to live with and makes sure they become part of their high school environment.  "Fully 70 percent of the players in the NHL came from major-junior hockey." Brett said.There are 60 cities in three leagues of the Canadian Hockey League with the four Northwest cities of Seattle, Everett, Portland and Spokane part of the Western Hockey League.His involvement in real estate since he was in his mid-20's and has continued into today is a focus that has also benefited Spokane.  As one Spokane business leader explained to me: "Bobby is a master preservation person."When I asked Brett about that, he explained: "We own 13 or 14 buildings downtown, older properties in need of renovation for which we got property-tax abatement.So in some respects, it might be said that Brett is not only at work building Spokane's sports future but with real estate investment expertise, helping preserve its past.

Tweet
Tags:
Mike Flynn business corporations people
The reason that WA is unlikely to have a state cap...
Birthday reflections on the healthcare people who ...