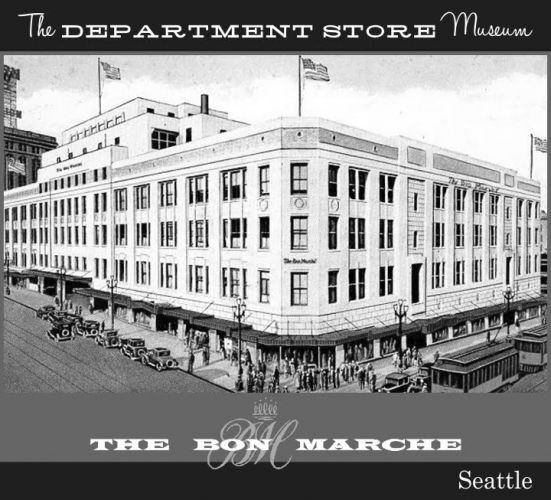 Macy's announcement that it will close its downtown flagship store and thus bring permanent closure to the last vestige of the retail icon whose decades of visibility as simply The Bon was actually ended by Macy's in 2005 prompted two people for whom The Bon had deep roots to share their thoughts on what it meant to Seattle retailing.

One, Chuck Nordhoff, recalled how his great grandparents, Edward and Josephine Nordhoff, she 18 with a two year old daughter and he 32,, came west to Seattle from Chicago in 1890 to create a small dry goods store they named the Bon Marche, after a famous 1800s retailer in Paris, a European capital where Nordhoff worked for a time. 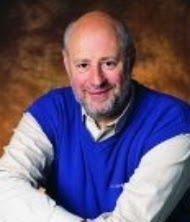 John BullerJohn Buller, on the other hand, had a key role in shaping The Bon competitively and changing the culture of the retailer in the '80s when, as training director and Director of Corporate Culture, researching the history of the company was part of his approach to aide employees in understanding their roles as current employees. He described his role to me as "changing the culture from a clerk environment to a selling environment."

In his research relating to history, Buller discovered some of the details that helped fashion The Bon's early appeal and that built regard for the Nordhoffs among citizens of what was, at that time, a population of about 40,000 residents scattered in and around the Seattle area.

One was the fact that Edward Nordhoff was one of the earliest discount retailers and the story of how he fashioned that role is an amusing bit of history that should have been more enduringly told.

It seems that Nordhoff, in the face of competitors who included Donald E. Frederick and Nels B. Nelson (like the Nordhoffs in their 30s when they founded Frederick & Nelson) went back to New York and returned with thousands of pennies. He gave customers back a penny for each dollar spent, basically offering a 1 percent discount on all purchases, the idea of a 1 percent discount being nothing to sneeze at in those days, apparently.

Chuck Nordhoff's thoughts are more future-focused as he shared with me concern about what will become of fixtures and parts of history still located on the walls and doors in the store.

"If there's one thing the family is interested in, it's what will happen to things like the bust of Josephine Nordhoff over the elevator door and the series of panels that are mostly dated from the earliest era, including one panel that talks of Josephine," he said.

He suggested there would be room for such memorabilia in the Museum of History and Industry, whose board he has been a member of and chaired.

In fact, Josephine Nordhoff is a woman appropriate to be remembered well beyond the store. Little recalled is her role as a prominent Seattle businesswoman. In fact, Edward Nordhoff credited her with guiding the success of the store. She was also a prominent supporter of community causes, including the Seattle Day Nursery and the Seattle Orthopedic Hospital Association.

As early as 1918, she championed the eight-hour workday, a controversial position at the time. She died of cancer in 1920. On the day of her funeral, all of Seattle's major downtown retailers closed their stores in her memory.
She was the first woman inducted into the Puget Sound Business Hall of Fame early in the history of the event created by Junior Achievement and the Puget Sound Business Journal.

Nordhoff recalls that his father, Arthur, who turned 90 on September 11, was born a year after The Bon was sold to Hahn Department Stores. Five years later Hahn Stores was bought by Allied Stores Corporation.

Chuck Nordhoff recently turned 60 and climbed Mt. Rainier with his 17-year-old daughter to celebrate the occasion.

"I did it 16 years ago as a belated celebration of my 40th and I promised myself I'd not do it again unless one of my children  invited me to do it with them," he chuckled, given that the invitation came for this birthday.

Regarding Buller and his history notes, few know that The Bon Marche drug store was the largest drug store business in the state, or that the store the then-new store that opened in downtown Seattle in the 1900s was the largest department store on the Pacific Coast.

And Buller notes The Bon's focus on sportswear and young men's casual business apparel created an industry based in Seattle with the likes of Brittania Jeans and Union Bay apparel. And Walter Schoenfeld, who founded Brittania (as well as being a founding investor in three Seattle pro sports team), was convinced to bring jeans in from Hong Kong in what Buller noted was one of the first retailers to get clothing from a foreign country.

I did a Harp on Buller several years ago that focused on his book "Survival Guide for Bureaucratic Warriors, based on his experience at The Bon training the company's 4,000 employees spread across the region. His duties eventually included the role of vice president of marketing, overseeing the operations of the company that had spread across cities in six northwest states.

"Changing the culture at The Bon was an effort to focus on service, both to our customers and our internal attitudes toward our fellow employees," Buller explained of the approach that led to the book.  "The book was about my learning the difference between a 'Soldier,' someone who takes orders, and a 'Warrior,' one who has a mission or a cause. I learned how to be a Warrior."
As I wrote in the column on Buller, now 72 and still entrepreneurially active: He took the warrior attitude, and the details of building survival skills, to roles as co-chair and director of the organizing committee for the NCAA Final Four in Seattle in 1995, executive director of the UW Alumni Association, CEO of Tully's Coffee and CEO of the Seattle Police Foundation.
Tweet
Tags:
Mike Flynn business corporations people
79-year-old runner gets unusual support to overcom...
News report from 9/11 of global grief serves as a ...