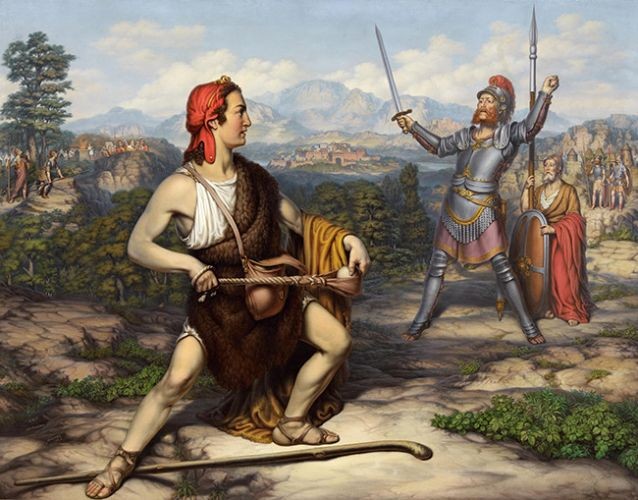 A small Bellevue-headquartered technology company has won a landmark ruling from a controversial patent-appeals board that executives and key shareholders of the little company suggest could lead to multi-billion-dollar patent-infringement settlements with some of the nation's largest tech companies.David vs. Goliath is an overdone metaphor. But in the case of Voip-Pal.com Inc. (Voip-Pal), which has a suite of patents on technologies dealing with what are known as Voice Over Internet Protocol (VoIP) and that have been the focus of its legal battles with the likes of Apple, AT&T, Verizon and now Amazon, it may be an understated metaphor, particularly since there are multiple Goliaths.Amazon is the latest tech goliath to be sued by Voip-Pal. The small company contends, in its June 15 suit filed in U.S. District Court in Nevada, that Amazon's Alexa calling and messaging services uses Voip-Pal's patented technologies to direct voice and video calls and messages.The stage was set for the suit against Amazon, following suits against Verizon, AT&T and Twitter, by a decision from what's known as the Patent Trial and Appeal Board (PTAB), which unexpectedly tossed out the combined effort by Apple, AT&T and Verizon to have all or parts of Voip-Pal's patents ruled invalid.Voip-Pal has now filed $9.7 billion in lawsuits against the major companies mentioned above. And about 60 companies have received "introduction letters" advising them of the VOIP patents and that the companies might be infringing on those patents, more suits are possible. However, execs say they expect that many of those companies will merely decide to license Viop-Pal products rather than face suits, given the PTAB decision.In fact, according to Voip-Pal president Dennis Chang, "we could make an enormous amount of revenue just licensing our patents since people have been infringing for years." Chang, who joined the company in 2009, helped guide the 2013 share-purchase acquisition of Digifonica, a small private company that built the portfolio of patents now owned by Voip-Pal.If Voip-Pal's developments were a work of fiction, it would contain most of the dramatic elements, ranging from tension and contrast to conflict, mood and symbolism, necessary to make it a spellbinder attracting substantial interest.  But the fact that the company is real rather than fictional sets up a different set of dramatic elements of which it is playing a part, all relating to the 2011 America Invents Act that spawned the PTAB. Those elements range from unrest in the investor and entrepreneurial communities to criticism from courts all the way up to the Supreme Court as well as potential Congressional action to change the federal Act.  And with the proposal now gathering support in Congress that would restore health to what many are referring to as "America's crippled patent system," Voip-Pal could become the leading edge of small-companies' pushback against the perceived inequities in the current "unintended consequences" of a 2011 law.  I first learned of Voip-Pal and its unprecedented string of patent-infringement suits from Sandy Wheeler, a significant shareholder who was co-founder and key executive of fitness-equipment manufacturer Bowflex that, through acquisition of other fitness companies, became the Nautilus Group Inc.Wheeler, an Ellensburg resident who was key in building the Bowflex brand into the second most recognized name in the world of fitness equipment. He has since founded several other companies in addition to becoming a significant Voip-Pal shareholder.Wheeler, a longtime friend, is not a rookie when it comes to patent-infringement legal actions since four years ago he was involved with a case that went all the way to the U.S. Supreme Court, which ruled in favor of Nautilus.After Wheeler alerted me to the Voip-Pal story, I was intrigued, as I searched for any stories about the company or its various suits against the giants of the tech and telecom industries, that I could find little in the way of coverage and certainly not in major media. That despite the fact that the company's website is rich with news releases, video interviews and YouTube pieces and other efforts to attract coverage.Voip-Pal stock is traded Over the Counter as VPLM, last traded at .07 and over the past 52 weeks, the stock has ranged from a penny a share to 45 cents, with the high occurring late last year after the PTAB ruling. The company has a market cap of about $125 million but that obviously ebbs and flows with the stock price.  The Voip-Pal effort to stir greater attention clearly relates to the desire by key shareholders to see the stock begin to reflect what they view as its "true value," as the suits move toward the expected outcomes.  Emil Malak, Voip-Pal CEO, said in a telephone interview that "given the strength of the patents, and the decision of the of PTAB, I fully expect that the infringing entities will either license or acquire the Voip-Pal technology, bringing major returns to our shareholders."Malak, a Vancouver, B.C., investor and inventor, and other company executives feel that the PTAB decision means the major tech companies may decide that it is more logical financially to pay the licensing fees to Voip-Pal rather than face the treble damages that would be an option for the company if the infringements continue."After the years of developing and testing, and obtaining the related patents, Voip-Pal is ready to license or offer for sale its patented technologies," said Malak.

The three-member PTAB, frequently criticized as a tool of major companies, issued a unanimous 3-0 decision in favor of Voip-Pal's position and thus its patents stay intact, as issued and granted by the U.S. Patent & Trademark Office.
The PTAB, whose image is as a pawn of big companies, made its unexpected decision on behalf of Voip-Pal with the potential consequence of threatening the traditional paternalistic legal interaction that has become the hallmark of patent and trademark infringement actions brought by small patent holders.Malak, in explaining the suit against Amazon, said: "After investigating Amazon's Alexa platform and Echo line of products, our technical team has concluded that the calling and messaging functions infringe our patents.""Amazon's foray into communications seems to be part of a larger trend of giant corporations battling for market dominance by offering Internet-based communication products that integrate with traditional telephony networks," said Malak,The suits all stem from the fact that in 2004, Voip-Pal's now wholly owned Digifonica subsidiary, began developing, inventing and patenting many of what Malak contended are "the same communication methods that are now being employed by today's Internet giants."It was a revolutionary idea at the time, three years before Steve Jobs unveiled the iPhone, when most people were making calls using landline-based phones or cell phones, with information traveling over phone lines and cellular networks.

Malak said in our telephone interview: "We had the vision that within 10 years, the Internet would become the primary means for telecommunications," adding that his team "realized that, in the future, calls, media, and messages would be primarily routed using the Internet, with a seamless transfer to cell phones, landlines, or computers wherever necessary."

"The PTAB is a 'non-appealable' court and Apple knows that and they are not going to get any traction with their request," Wheeler told me. "They simply know that their letter request delays everything...but their days are numbered."The PTAB itself is an interesting business story that I was surprised to find hadn't received a lot of media attention, despite negative comments by federal courts all the way up to the U.S. Supreme Court, which, in one case, made reference to what it called PTAB "shenanigans" in its legal actionsThe PTAB was formed in 2012 to implement the America Invents Act of 2011, a measure passed by Congress and signed by the president that critics have said transitioned the U. S. from a "first to invent" patent system to a system where priority is given to the first inventor to file a patent application, a system that tends to benefit large companies.Part of the criticism that has been leveled at PTAB is what has been referred to frequently as "systemic problems," such as judges not having to disclose conflicts of interest when sitting to rule on patent-validity issues that could involve companies they previously worked for or in which they have an interest.But in Voip-Pal's case, PTAB's apparent growing sensitivity about allegations of those systemic problems may have been beneficial to Voip-Pal's victory against Apple since the original three-judge panel appointed for the case was unexpectedly changed to a new trio of judges without any real explanation. Voip-Pal executives say the new panel, appointed from among the more than 100 patent judges that can be tapped for such cases, "gave fair review on all the merits" of the proceedings.Meanwhile, bi-partisan legislation titled The Stronger Patents Act, which sponsors say would "restore patents as property rights and give startups a better chance to protect their property from entities with much greater resources," is likely to begin making its way through Congress.Observers say the act, filed in both the House and Senate, is "designed to strengthen the United States' crippled patent system."