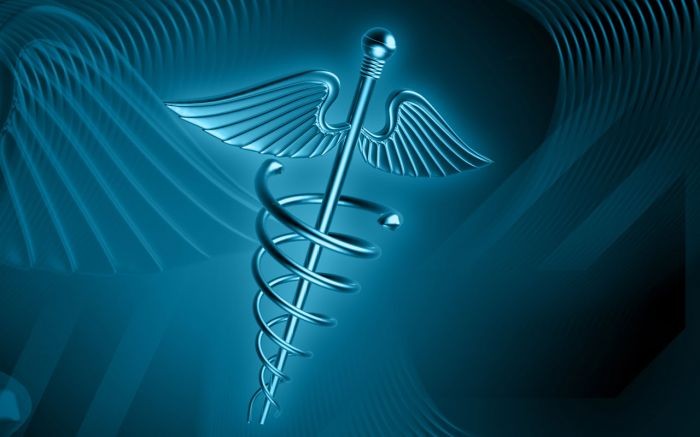 Passing the leadership baton is usually accompanied by fanfare and fond farewells, but for Dr. Paul Lange, who co-founded the Institute for Prostate Cancer Research (IPCR) and built it over nearly three decades into one of the most prestigious research institutions of its kind in the world, it was a low-key transition befitting his style.

But once word of his retirement at the beginning of 2017 spread among his friends and admirers in the medical community and well beyond, there was a growing agreement that one of the true pioneers in prostate cancer research and treatment would not be permitted to quietly step aside.

Thus commenced an initiative by those friends to raise the $2.25 million to create an endowed chair in his name, designated to the development of future leaders in prostate-cancer research. Those friends include a cadre of men in the region whose prostate treatments or surgeries were performed by Lange, as well as many, like me, who came to know Lange and learn of his impact on prostate cancer after their surgeries.

In fact, because Lange learned a few years ago that he had prostate cancer and decided to have a prostatectomy, a bond of sorts developed between him and many others of us who, like him, turned to Dr. William Ellis, the UWMC prostate surgeon who is frequently referred to his patients as The Top Prostate Doc.

An example of the reaction to the endowment effort came at a recent breakfast meeting where I advised a prominent Eastside businessman (who will remain nameless) about the endowed-chair campaign and he said "Great idea! I'm in for 100(assuming I understood the three zeroes following)."

It was Lange who, among other leadership roles with prostate cancer innovations, was instrumental in bringing to prominence the blood test with the now universally known initials PSA to assess the presence of prostate cancer. In addition to working closely with the firm that developed the test, he was said to have been present the day the FDA approved it.

When Lange first learned of the endowed-chair effort, he was described as "especially excited." Those who know Lange know it wasn't because of any ego gratification about having the development of a chair in his memory but because of the role the funds would play in retaining the talent to create the research in the battle against the disease.

As Lange has told me on numerous occasions, the IPCR, despite its world-class prominence, is urgently in need of further private support to keep it in the forefront as one of the leading research entities."

IPCR ranks in the top 10 in the country for federal funding and is in the top five in prostate-cancer funding, with Lange estimating that over the years at least $60 million, mostly from NIH, has come to IPCR.
But ironically, IPCR has dramatically lagged in raising the private funds that the NIH views as a key to its own funding decisions.
"We are significantly behind the eight to 10 of the top prostate-cancer research institutions in the country in keeping up with private fund raising, which is essential if we are to retain a world-class team and explore new ideas that need to be developed because they are not yet advanced far enough for the NIH to fund," says Lange.
Dr. Daniel W. Lin, who has been Chief of Urologic Oncology in the Department of Urology at the University of Washington and recipient of numerous awards from his scientific peers, was tapped early this year to succeed Lange as director of IPCR. Lange has not yet actually retired from his work at the institute, only from the top roles.

"One of Paul's greatest attributes has been his ability to motivate young scientists in their early research careers, inspire them to pursue novel investigations, and encourage them during the inevitable ups and downs of all scientific endeavors," Lin told me.

"Paul had the insight and energy to bring together researchers and clinicians from across the Pacific Northwest to apply for federal grants as a collaborative research enterprise and to form  the IPCR that continues to push the boundaries of prostate cancer discovery and progress," Lin added.

The unusual team of Vessella, an academic prof, and Lange, a medical doctor, went on to build a world-class team and guide leading-edge research that have made Seattle a nexus for prostate-cancer research.

As I wrote in a Harp I did on the 25th anniversary of the IPCR in 2004, "In a sense, Lange and Vessella were medical opportunists in deciding to focus on a cancer for which they thought there might be a light at the end of the tunnel."
At the time there was basically no funding available for prostate-cancer research and, as Lange recalled for that column: "No one really cared at the time about an old man's disease."
But far from being "an old man's disease," the number of younger men diagnosed with prostate cancer has increased nearly six fold with more than 10 percent of new prostate cancer diagnoses in the U.S. being in men younger than 55.
And significantly, the disease is often much more aggressive in younger men, compared with a usually slower progression in older men.
It's routinely said of accomplished leaders that their contributions are too many to list, but in Lange's case several are too important not to list because they frame essential chapters in the role IPCR has come to play on the global prostate-cancer research stage.

One was a partnership that emerged in 1992 with Leroy Hood, who had recently arrived at the University of Washington, with funding from Bill Gates Jr, to found and chair the Molecular Biotechnology Department.
The other was the relationship that Lange helped bring about between The Hutch and the University of Washington Medical School, viewed as so noteworthy as to be almost unique.
Hood, already internationally prominent as developer of the automated DNA sequencer that was a key to the human genome project, recalled in an interview for the 2004 column how he and Lange, both then heading departments at UW, got together at a retreat in 1992 to discuss how genomics could be applied to prostate-cancer research.
"We decided to work together and I outlined on a napkin at dinner a genomic approach to prostate-cancer research," Hood recalled for me. "Then Paul and I agreed to help Michael Milkin, as he created a series of seminal meetings on the genomic approach to prostate cancer."
"Lee was hugely instrumental in putting us in the national spotlight," Lange said. "Thanks to a variety of influences, Lee decided to devote a large part of his translational research efforts to prostate cancer. The support of the Michael Milkin organization to the tune of about $12 million over the years was largely due to the participation of Lee and his group in our research efforts."
And one of the important developments from the relationship was the recruitment of Dr. Pete Nelson to prostate cancer research from Hood's lab where Nelson was working on another cancer. He has since then been Lange's key research leader at IPCR, where his work has garnered international honors and recognition.
As Nelson, who has assumed the role of IPCR Research Leader, noted to me: "Paul created IPCR at a time when there were few bridges between The Hutch and UW and certainly to engage the two in community philanthropy was the kind of bond that just isn't seen."

"Paul masterfully engaged scientists, administration, and community leaders to come together in establishing research priorities and allocating resources into the science that would most rapidly impact patients," Nelson said. "Through this effort, he was even able to obtain funding from the State of Washington that supported prostate cancer research."
A third initiative by Lange and Vessally that was disease altering was the creation early on of what they called a "rapid autopsy program" in which metastatic cancer cells that are still living are removed from more than 20 bone sites of patients within a couple of hours after death.

This Rapid Autopsy Program, the first of its kind in the world and still one of only a few in operation, has now been ongoing for over 20 years. More than 150 such autopsies have been done, resulting in one of the largest tumor banks on metastatic prostate cancer in the world.
"It is quite safe to say that several of the major treatment advances in the field that have extended the survival of men with advanced prostate cancer were fueled by the UW-IPCR Rapid Autopsy Program," Nelson said. "Biospecimens have been shared with numerous investigators throughout the world--at academic centers as well as pharma and biotech companies, usually with the none-to-minimal cost to them."
Of the initiative to gather the funds to create the endowed chair in Lange's name, Nelson told me it "will serve as a lasting and living legacy that will be used to support young scientists who embody Paul's curiosity, tenacity, creativity, and drive to eliminate prostate cancer."

Lange has repeatedly predicted that prostate cancer "will be controlled if not mostly cured" in his lifetime, reducing the disease from the second leading cause of cancer death among men to a minor cause. And he believes the IPCR will figure prominently in this achievement.
Continue reading
2522 Hits
0 Comments
Tags:
healthcare Paul Lange Dr. Pete Nelson Institute for Prostate Cancer Research (IPCR) The Hutch Mike Flynn
Tweet