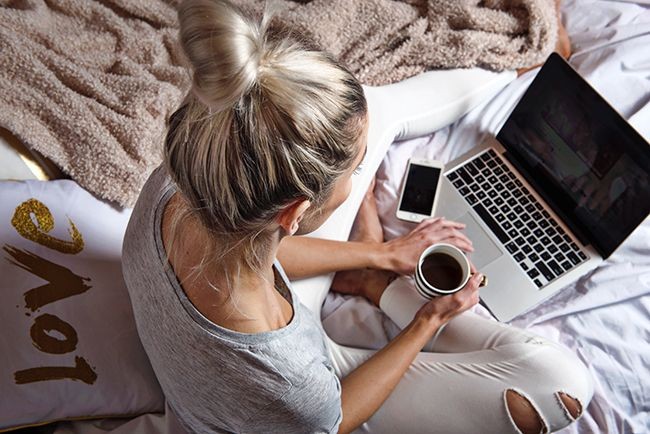 The concept of Zoom Towns is the recently emerging phenomenon that has resulted from the COVID-19 impact as workers have adapted dramatically to working from home and “zooming” to work and thus relating to fellow employees in a new way.

The reality that is dawning on employees, particularly tech employees and professionals, is that if you can plan to work long term from home, then home can be distant from company headquarters and in virtually any appealing community they might like. And a lot of employers are coming to support that trend.

It’s becoming clear to leaders of large cities, particularly San Francisco but also Seattle, whose office core emptied out that those who were free to work remotely, or were instructed to do so by their employers, had found an option that may well transcend the eventual end of the pandemic. And that may change the future of those tall-building cores.

So welcome to Zoom Towns, scenic communities that are experiencing a surge of house hunters among those workers freed by COVID to work from home long term.

Some early-innovator communities experiencing the spurt in home and condo sales are coming to realize that a marketing campaign to let potential “zoomers” know what they have to offer could generate a boom in zoomers. And it’s a realization that will soon come to a growing number of appealing smaller communities, and even not so small.

Zoom Town isn’t yet a designation with broad familiarity. But I am betting it soon will be as early learners are realizing that the term “Zoom Towns” is new enough that it can be captured in the names of businesses emerging to provide services to those who wish to become part of the trend.

I am actually working with friends and colleagues in several states to seize on that opportunity, including Seattle realtor Katrina Eileen Romatowski who has captured the name ZoomTownRealty with virtually every domain name extension that anyone might think of.

The man who chronicled the growth aspirations of small towns across America then became the evangelist for those communities that he called Boomtowns isn’t surprised at the emergence of Zoom Towns.

John M. (Jack) Schultz, who became the national guru of rural economic development in the 2000s decade for his research on thousands of small towns and his book, Boomtown USA: 7 ½ keys to Big Success in Small Towns, thinks Zoom Towns are a natural evolution for small towns. Except he agrees the post-pandemic role for them may be to supplant rather than just supplement the core of major cities as places to live and work.

The way he puts it is a community, whether urban center or smaller towns (which he notes can also be appealing suburbs of those major cities, like Bellevue or Kirkland), “need to have a sense of place, something that major cities have lost in the year of protests, loss of safe living areas and need for social distancing.”

Schultz is the founder and CEO of Agracel Inc, which he began as a small farmland investment company in his hometown of Effingham, IL, in 1986. In 1993, Jack took a gigantic leap of faith with his first industrial development project and has never looked back.

Schultz’s book was published in early 2004. The Boomtown USA project took more than three years of intense research beginning with 15,800 small towns across the country, he told me. The list was narrowed to an outstanding group of 397 towns, that Jack affectionately named AGURBS. He told me with a chuckle, as we visited on the phone a couple of weeks ago about the ZoomTown phenomenon, that he didn’t coin the phrase Boomtowns, merely made them known.

“But the term AGURBS is mine,” said Schultz, whom I met on the Internet when I began this column 13 years ago and discovered his blog and we became each other’s readers and sometimes quoted each other and I’ve done several columns on him.

Are there any boomtowns that could be likely ZoomTowns?

Likely one in this state, Schultz suggests, noting that Leavenworth was featured prominently in his book.

“Seven women who were a junior women’s club who didn’t have a clue to what they were doing made up their minds to turn around a town that was dying,” he recalled. “They had 11 families that had moved to Leavenworth from Bavaria because of the surrounding mountains and they became keys to the campaign to create a Bavarian Village.”

Today the Bavarian Village of Leavenworth, a two-hour drive from Seattle, is one of the state’s top tourist attractions and my bet is they will soon begin an effort to attract Zoomers as full-time residents.

Another place in this state, maybe less known than resort communities, that I'm betting will become a Zoom Town is Seabrook on the Washington coast but on the inland side of Highway 109 on an otherwise remote section of the oceanfront.

Seabrook, which creator Casey Roloff says he and his wife sought to create Mayberry when they set out to build their planned community, was already seeing dramatic growth before COVID. But the post-COVID work-from-home phenomenon may well make Seabrook like Zoom Town on steroids.

Referring to findings from his visits to hundreds of small towns to gather information for his book, Schultz told me in an email: "Embracing entrepreneurism in communities was a key factor that differentiated great communities from also-rans.”

So a question ZoomTown advocates will likely ask is “does remote work really work?”

A survey in August by the Boston Consulting Group found that 79 percent of the 12,000 employees questioned on remote work indicated they are satisfied or doing better on the four factors of social connectivity, mental health, physical health, and workplace tools. And they said they have been able to maintain or improve productivity on collaborative tasks.