Kathryn leads a fortunate dual life as both an environmental toxicologist and also as Executive Director of the non-profit and independent I·School, which uses evidence-based teaching methods to individualize learning and achieve academic success across the spectrum of learning abilities for grades 6-12.

As an independent environmental toxicologist, she has had the honor of working on some intractable environmental problems throughout the world.  These multifaceted challenges have included everything from chemical weapons destruction to dealing with the aftermath of the massive Tianjin chemical explosion in 2015 in which nearly 200 died.  On occasion, she also testifies in criminal court on the effects of multiple illicit drugs resulting in vehicular and other homicides.

Prior to joining the business journal, Flynn spent 20 years with United Press International, as a reporter, bureau manager and eventually as executive in charge of business operations in the West, establishing media relationships that have continued to today.

In terms of his career with PSBJ, Flynn always said he was proudest of creating the numerous events, such as Women of Influence, Fastest-Growing Private Companies, 40 Under 40 and Emerging Business awards, which came to define his newspaper’s image and its role with of not merely informing, but being actively involved with its readers.

Following retirement, he moved to what he refers to as his “entrepreneurial encore” of consulting, counseling and advising businesses, business people and business organizations, in Washington State, Hawaii and Southern California, with particular focus on rural economic development and working with entrepreneurs. He refers to his role as “building business relationships.”

In 2007, Flynn received a special award from Gov. Christine Gregoire for lifetime contribution to economic development. In 2012 he was selected as Washingtonian of the Year and in 2013 he was selected as a laureate of the Puget Sound Business Hall of Fame.

For the past eight years, Flynn has written a weekly column called Flynn’s Harp, which is emailed to some 1,500 business leaders and elected officials, mostly in Washington State.

He and his wife, Betsy, have three children, Meagan, now an appellate court judge in Oregon, Michael and Eileen, s well as eight grandchildren.

In his spare time Mike competes in the 100 meter race in masters and senior games and last October he finished second in the 75-79 age group at the World Senior Games in St. George, UT. 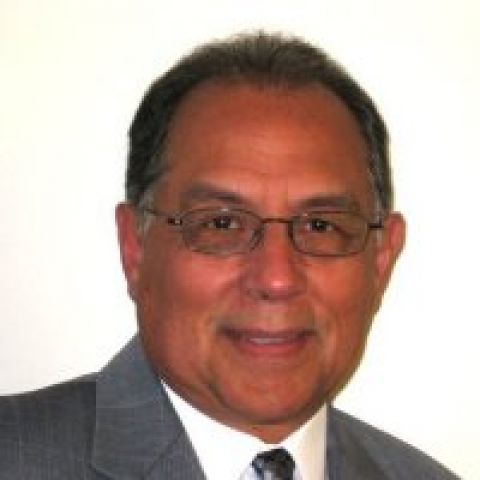 Fostering Inclusion and Diversity - To say that our Nation is a “melting pot” does not acknowledge that the fabric of American society is composed of a myriad of diverse groups that cherish their distinctive qualities that come from race, ethnicity, gender, age, life experiences, family values, spiritual and cultural beliefs, regional norms and other socioeconomic factors.  As such, valuing inclusion and diversity as business imperatives by corporations and institutions must occur, even if the starting point is merely acting in one’s “enlightened self-interest”.  Ralph Ibarra helps corporations and institutions to be inclusive and diverse in their workforce development, supply chain management, and marketing practices with diverse populations.

Ralph values genuine champions of inclusion and diversity; hence, his 30-year relationship with Mike Flynn & Associates.  In 2015 as an official commemoration of the 50th Anniversary of the Vietnam War, Ralph and Mike teamed up to fulfill the arrangements required to record the personal stories of Vietnam Veterans from Washington state by Joe Galloway, co-author of “We Were Soldiers Once…And Young”.

The competencies, aptitudes and demeanor Ralph exhibits can be summed up as resulting from being a dedicated “life-long learner”, and proficient at identifying “relevant dots” for connecting in meaningful ways.  Coupled with always treating people with dignity and respect and being driven to be of service to others, these attributes are fundamental to Ralph’s capacity to exceed expectations.