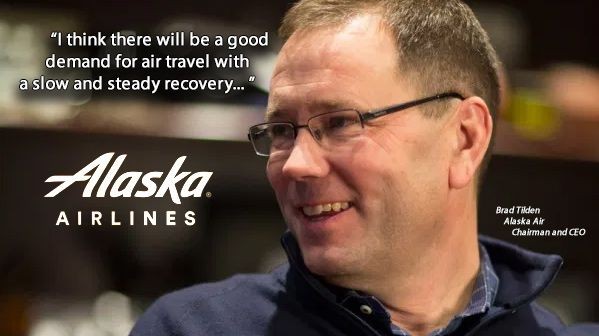 Brad Tilden, Alaska Air Group Chairman and CEO, recalled his feelings as the curse of coronavirus descended on the economy, his industry, and his company. “So 30 to 45 days into this, I was feeling pretty low and I had a sinking feeling in my stomach wondering how bad this could get.”

The booking numbers he shared during a telephone interview this week showed the falloff in passenger count as COVID-19 took hold were dramatic, with April down 95 percent compared with a year earlier and May off 89 percent. The result has been dramatic cash burns each month. 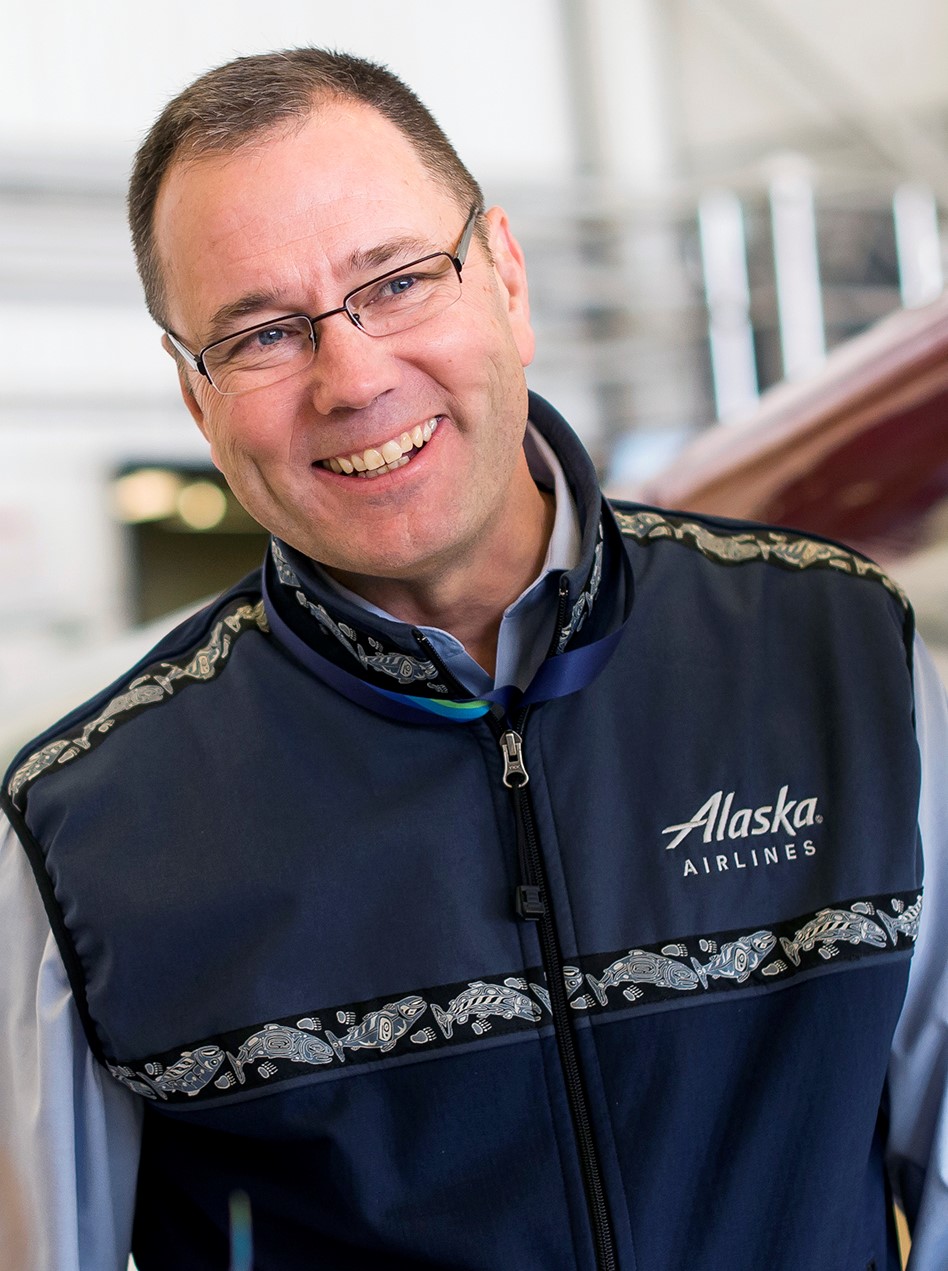 Brad Tilden
Alaska Air
Chairman and CEO“But our survivability has never been in doubt,” Tilden offered as he shared numbers that suggest the turnaround that he hopes will follow the gloom is now occurring or at least starting to occur.

The passenger count has gone from fewer than 175,000 in April, Tilden said, to 1.2 million in August “and about the same for September.” But the challenge going forward is in the comparative numbers, with September numbers not even half of the approximately 4 million last October.

“I think things will get better month to month,” Tilden said. “I am actually very confident about Alaska’s position. Our cash burn is number two in the industry.”

“I think optimism is the right word,” Tilden noted, “balancing the reality of where you are with what you hope the future holds is the name of the game.”

I decided to reach out to Tilden after being reminded of a column I did two years ago this month when he hosted a gathering of business and civic leaders in San Diego as Alaska sought to create a broader awareness of its West Coast role in the wake of absorbing Virgin America earlier that year.

San Diego had become a major Alaska Airlines market where its service has grown dramatically in volume and importance.

“Alaska is honored to have been in San Diego for more than 30 years,” Tilden told his San Diego-leadership audience. “We love flying in and out of San Diego and are really proud of the support we’ve received from the community and from our customers.”

That message of October 2018, from Tilden in San Diego to leaders of an important and growing market for Alaska is one he may need to share in the coming months in competitive markets across the system as regions emerge from COVID-19’s impact with a perhaps different flying audience. It’s an audience that will need to be wooed anew back to air travel, and to his airline.

“I think there will be a good demand for air travel with a slow and steady recovery, but the economy has to reopen at both ends of the air-connection spoke,” Tilden said. ”We need to stimulate demand, showing that we do know how to manage with the coronavirus.”

I asked Tilden if a decade from now when the “new normal” has come about if the COVID-19 trend of people working from home in large numbers and thus possibly moving to an appealing place far from urban centers, what would that mean for people doing business flights from, say, Seattle to San Diego, or Phoenix?

“The composition of customers may shift a bit, including the makeup of the traveling public, with maybe a little less business travel, but I don’t think it will be on the decline,” Tilden said. “People desire to connect with one another, go on vacation, travel to other cities where their sports teams are playing. The desire to do those things will return.”

“In general, shorter stage-length markets are off a bit less than the average market,” Tilden shared. “Moreover we’ve been initiating a strategy the past couple of years to better connect Spokane, Boise, Redmond (OR), and Missoula to major cities in California. In general, markets, where we fly, will probably recover earlier.”

More of the depths from which Alaska is having to emerge and strategies to bring that comeback about will likely be disclosed when third-quarter financial results are reported on October 22.

Part of the strategies to draw passengers back aboard flights in an environment in which restoring public confidence is needed is the fact Alaska has been testing a new device that will disinfect aircraft cabins with ultraviolet light, similar to those used in hospitals.

And as a thank you to faithful flyers, Tilden noted that elite class flyers will get to retain their status through 2021 regardless of the mileage they log in 2020.

A personal upbeat for Tilden in the challenges of recent months, perhaps putting things in perspective, is the arrival of his first grandchild, Elena, six weeks ago and he enthused that Danielle, his wife of 35 years, “is able to make the 1.3-mile drive to West Seattle almost every day.”

And when I noted that he turns 60 in December, he replied: “I have tried to keep myself a bit young by doing bike trips with my brothers and a couple of other friends at least annually.”

Further conversation turned up the fact that two of those rides, although both were more than a decade ago, involved a 1,200-kilometer, three and a half-day ride called Paris-Brest-Paris, riding with his brothers, two of whom are older and one younger.

Now the trips are less strenuous, he said, adding “we do roughly 250-mile rides each year, with Santa Barbara to San Diego one we’ve done several times. I ride a bit throughout the year but I’d be better off if I rode more.”

He also relieves stress by logging hours aloft in his turboprop TBM850, adding “I still fly about 170 hours a year.”

As I noted in that column on Tilden’s luncheon with San Diego leadership two years ago, the visit “exemplifies the affection, or regard, from its customers and the communities it serves that has long been a point of pride” for Alaska. “And it’s a principal reason for the company’s financial success.”

And restoring that affection and regard as those who want to fly again begin venturing in large numbers back to the airlines will be a key to Alaska’s returning to financial health and resuming its growth path.