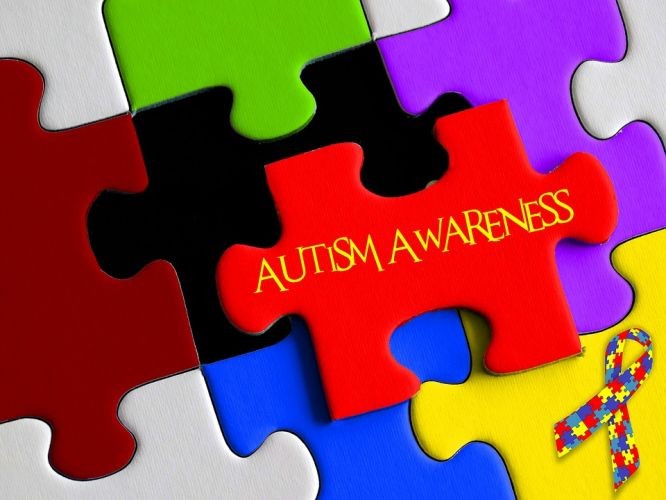 I'm going to be famous!" That's the way Elias (Eli) Capestany recalls the response of his autistic brother, Zeque (Zeek) when he learned that Eli had written a song about him, titled Ezequiel. "Words about my brother and experiences throughout his life," Eli explains of the song titled with his brother's name and released on National Autism Awareness Day April 2 and is already gathering a head of steam on social media sites.

Eli CapestanyThus begins the song Eli, 18, wrote from the perspective of his brother, who turned 20 on April 9. Eli is both vocalist and guitarist, as well as composer.

Eli uploaded it to TuneCore, a digital media distribution company that allowed the song to reach iTunes, Spotify, Amazon and Google Play and the sharing has taken off from there.

Eli explained in a telephone interview, with his step-mom, Betty Nokes Capestany, president of the Bellevue Chamber of Commerce, also on the line helping expand on some of the points, that the song is the culmination of his senior project at the Center School, a small arts and college prep school located at the Seattle Center.

"My topic revolves around the socio-economic status of people with autism and how it affects their education," Eli explained. In an online plea for support for the song, noting that "This song is about my autistic brother, Ezequiel. Though the song may be interpreted in many ways, for me it's about him. It's about his struggles, his love and his passion in life."

Autism is described as a neurodevelopmental disorder that impairs a person's ability to communicate and interact with others.

Zeque is what's classified on the autism spectrum as "high functioning" and like all people on the autism spectrum, people who are high functioning are said to have a hard time with social interaction and communication. They don't naturally read social cues and might find it difficult to make friends. They can get so stressed by a social situation that they shut down. They don't make much eye contact or small talk.
In 2013, the American Psychiatric Association grouped the autism-related disorders into one term: Autism Spectrum Disorder, or ASD, which includes those viewed as "high functioning."

The Center for Disease Control and Prevention estimates that autism's prevalence is one in 68 children with boys four times more likely than girls to have the disorder. The CDC estimates that 50,000 teens each year become adults, and thus lose school-based services.

One scientist at the University of Montreal suggested recently that perhaps autism isn't really a disorder at all but merely a different way of looking at the world that "should be celebrated rather than looked at as pathology."
As Betsy and I have two granddaughters with high functioning autism, "celebrate" strikes me as an appropriate word to apply in many cases. I watch our youngest daughter, Eileen, experience the highs and lows that mirror her daughters' ups and downs.

Back to Eli, who wrote the music and the words to the song as a senior project and his classmates helped with production aspects and a drawing of Zeque that is a portrait of him by Eli's school friend Christine Cornell. His father, George Capestany, helped with things like sometimes coming up with the right word to rhyme.

I asked Eli about several of the lines to know what they meant. What's "I feel lost and alone, watching things that no one knows," I asked. "Zeque has always had his own little world," Eli replied.

And
"I only know people stare and I can't show
look at me funny and I don't care."

Eli: "He wants to be helpful, but doesn't care what people think." Each verse ends with "I'll find my path someday" and, repeated four times, "so I ain't giving up."

Of Eli's hope for the attention to his song, his step-mother explained: "Eli's goal is 5,000 downloads so he can donate $5k to autism research."
To listen to Ezequiel, go to your favorite music platform (iTunes, Google, Amazon, Spotify) search artist name Elias Capestany and download the song.

Michael Draws HimselfSince this is National Autism Awareness Month, stories of youngsters and young adults with high-functioning autism are being shared. So in addition to the one about Eli and his song about his brother, I want to share the story of Michael E. Barry, 30, son of my friend Trini Evans, who has gone through the highs and lows of Michael's autism since he was first diagnosed. "Autism didn't make its way to Washington until Michael was 13," his mother recalls.

Michael is unusually artistic, writing stories, designing characters and creating comic books, and being entrepreneurial enough to have a site where people who like what he describes as his "Western Anime" can sponsor him. Anime, incidentally, is a style of animation commonly associated with Japan, in fact meaning animation in Japan, and thus many of the characters remind of Japanese armored warriors.

I had Michael send me his thoughts about his autism. He emailed me: "I suffer from concentration issues, memory problems, social anxiety, depression, a whole slew of problems that come with my mental hindrances. It's difficult keeping friends because of my mental health, hard to make friends. The only thing that kept me going was entertainment. This is something I was able to concentrate on and play with, it was the one thing I felt I had control with in my life."

Michaels Anime CharacterMichael continued: "My work I can't stress enough isn't about my disability, it's because I love what I do, and I'm not letting anything stop me from sharing what I love and I want to help others step out of their shadows as well and share who they really are without fear and the things they want to share as well."
LISTEN to Michael's work (click here) where he researched and created on his own his site on Patreon, which is a crowdfunding platform popular with YouTube content creators, musicians, and webcomic artists. It allows artists to obtain funding from their fans or patrons, on a recurring basis, or per artwork by soliciting patrons.

Stories like Michael's and Zeque's, through his brother, Eli, are the kind being shared and collected by the Autism Society of America and various statewide organizations during Autism Awareness Month to heighten awareness and generate funds through events and things like the sale of T-shirts.
Tweet
Tags:
Mike Flynn people issues
Dan Evans recalls the political failure that becam...
Arizona fatality pushes discussion on autonomous v...