Joseph L. Galloway's Seattle interviews with Vietnam veterans from this state two years ago made them part of a 50-year commemoration of those who fought in that war but were never thanked. I was reminded of Galloway's time here when I received the email this week that he has the "hard duty" of a eulogy Friday for the man who for half a century had been his partner in keeping alive the memory of the "defining battle" of that war.

Retired Lt. Gen. Harold G. "Hal" Moore, who as a lieutenant colonel led units of the 7thCavalry Regiment in the first major battle against the North Vietnamese army at a place called the Ia Drang Valley, died this week, two days before his 95th birthday. 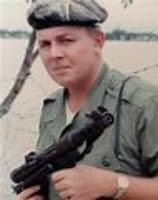 Joe Galloway 1969Joe Galloway was a UPI reporter who traded his camera for a machine gun as the battle swirled around him with Moore's unit confronted by a superior force of North Vietnamese regulars.

Galloway proceeded to rescue two wounded soldiers under fire during that climactic four-day battle, fighting that claimed 234 Americans, but was estimated to have cost the lives of several thousand North Vietnamese in two landing zones in November of 1965. 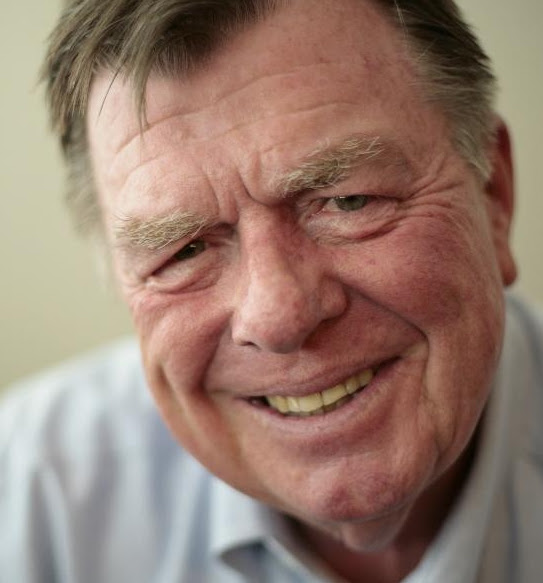 Joe Galloway in Seattle"Those of us who survived Landing Zone X-Ray survived because of his brilliance of command. I think every one of us thought we were going to die at that place except Hal Moore. He was certain we were going to win that fight and he was right," Galloway was quoted in a national news story this week.

Galloway's email to me and a group of former UPI colleagues read:

"I will do the eulogy, as I promised Hal more than 20 years ago that I would. But it's hard duty. "He was my best friend for more than half a century." The memorial for Moore will be at the National Infantry Museum at Fort Benning Army Base in Columbus, GA.

Ia Drang began a relationship between Galloway and Moore that extended over more than five decades and involved co-authoring two books, including We Were Soldiers Once...and Young and the movie made from it, We Were Soldiers.

I write about Galloway in this Harp because he had an impact on many people in the Seattle area during a key stop here on his travels around the country as he was, in essence, revisiting that war in memory and emotion, interviewing veterans of that conflict. The 100 or so interviews prior to his Seattle visit, and the more than 300 total, have been part of the 50-year Vietnam Commemoration initiated by the Defense Department, not to celebrate the war but those who fought there.

Q13 Fox made its facilities available for the interviews, 60- to 90-minute videos that Galloway hopes will be "the body of material for future generations who want to know what this war was all about."

Among the interviewees was Bruce Crandall, made famous by the book and the movie as the helicopter pilot who, with his wingman Ed "Too Tall" Freeman, made as many as 20 trips to a landing zone that was constantly under withering enemy fire to bring in supplies and remove the wounded.

Crandall, who lives in Kitsap County, was awarded the Medal of Honor in 2007 for his exploits, as was Freeman in 2001. Freeman died in 2008. Crandall will also be at the memorial service for Moore in Georgia this week.

Galloway and Moore wrote a second book, We Are Soldiers Still, which he said grew out of a journey back to the battlefields of Vietnam 25 years later. "We went back and walked those old battlefields. At the end of the day, Hal Moore and Col. Nguyen Huu An, the North Vietnamese commander, stood in a circle in the clearing and prayed for the souls of every man who died on both sides."

Galloway, and historians after him, described the battle of the Ia Drang Valley as defining, even though the war dragged on for another eight years before the end of U.S. involvement, and 10 years until the actual fall of Saigon.

In his ultimate rejection of LBJ, Galloway wrote: "Although President Johnson, having listened to McNamara's sense that we couldn't win in Viet Nam, no matter how many men we sent there, huddled with his key Advisors and they determined: 'send the soldiers anyway.'"

One of the more emotional moments for Galloway came during our interview at the Tower Club when someone in the audience asked about Gen. Norman Schwarzkopf, who had once described Galloway as "the soldier's reporter" because of his caring and regard for those he wrote about in battle.

"I told him Hal was having trouble with his memory," Galloway recalled. "So am I Joe," he quoted Schwarzkopf as replying. "So you better get down to here to Tampa so I can buy you a beer before I forget who you are.'"

It was a tearful moment not just for Galloway but for some of the military people in the audience as Galloway noted that Schwarzkopf, who had commanded all coalition forces in the gulf war, was suffering from both Parkinson's and Alzheimer's and died not long after the 2012 telephone conversation.

When I took Galloway back to head for the airport, he promised to return to Seattle for more interviews, a promise I am pressing to hold him to.

More posts from author
Tuesday, 27 July 2021 Purging ancient emails: Stirs memories and brings back the past to revisit
Tuesday, 06 July 2021 Candy Bomber takes to the skies once more in Southern Utah at age 100
Thursday, 17 June 2021 Reflecting on AT&T breakup, the innovative success that followed

Purging ancient emails: Stirs memories and brings back the past to revisit