Like pearls on a string, those focused on doing good tend to connect and attach themselves and spawn new ideas for expanding the sphere of socially committed citizens. And Katrina Eileen Romatowski is convinced that the pearls are those from her real estate industry as well as their investors whose commitments to at-risk young people could address homelessness in unique ways. 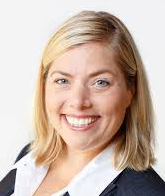 Katrina Eileen RomatowskiRomatowski is a Seattle real estate agent who is creating Level Up as a non-profit that will provide what she describes as a "real home" for at-risk and foster youths who have aged out of the system. She thinks that the concept of shared housing can be a key to solutions for homelessness and that the real estate community and real estate investors are specially equipped to guide that part of the solution."Nonprofits providing group homes or halfway houses don't understand the business and real estate side, so they lack the tools to focus on housing," she said. "It's inexcusable that we in the industry have been silent too long on the role we can play in creating a model of structures and scale up to address homelessness."She touts her firm, Katrina Eileen Real Estate, as the first "B Corp" in her industry in the state, meaning a for-profit business that includes positive impact on society, workers and the environment in addition to profit as legally defined goals. Forming as a B Corp (sometimes referred to as benefit corporations) allows her to focus the company on community good, not just profits.Level Up aims to create "vibrant homes for foster kids who are in their senior year of high school and have thus aged out of the system but who can live well and finish well," says Romatowski as she guides final steps to welcome the first 10 students who will move into the first Level Up home in Edmonds by mid-August. She intends that others will follow the first house in King and Pierce County.Romatowski's desire to provide a wish-fulfillment of home and family for young people just reaching adulthood without families, whether foster kids, orphans or homeless, guided her to the vision for Level Up and led to befriending "Wish Man" Frank Shankwitz, the creator and one of the founders of Make a Wish Foundation, a supporter.Shankwitz, who created Make a Wish 29 years ago and whose life is featured in the movie, "Wish Man," that was released last month, is to be on hand to cut the ribbon for the Edmonds first Level Up home July 27.And Shankwitz, who will be the featured guest at the Columbia Tower Club's "On The Shoulders of Giants" breakfast interview series that morning to share his story, is hoping to follow the shared-housing model in getting involved with services for veterans.Shankwitz noted in a conversation we had discussing the breakfast interview forthcoming that he got a star on the Las Vegas Walk of Fame this summer between Elvis Presley and Bobby Darin. He said he's been on a plane to somewhere probably every other week promoting his book, the movie or giving speeches. Forbes Magazine has honored him as one of the 10 top keynoters. When he's not traveling, he's at home in Prescott, AZ.It's a well-known story but one not familiar to everyone how Shankwitz, as one of the primary officers from the Arizona Highway Patrol responsible for granting the wish of a seven-year-old boy named Chris, dying of leukemia, who wanted most of all to be a police officer. In the spring of 1980, the boy was named the first and only honorary Arizona Highway Patrol officer, an honor that came complete with a custom made uniform and badge.A few days later, Chris died. But he received a full police escort to the cemetery in Illinois where he was buried. His brief life became the inspiration for the creation of the foundation that would let children "Make a Wish." 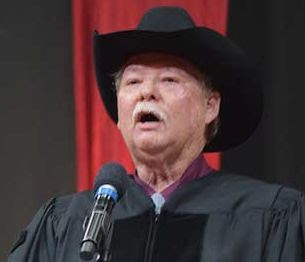 Frank ShankwitzRomatowski is quick to point out that the inspiration for Level Up, which involves several investors from the real estate industry, came from what she characterizes as "the miracle" of Kate's House Foundation, created by Frank and Sherri Candelario to provide safe and affordable housing for those homeless and in recovery.The Candelarios, also real estate investors, boast having founded "a new model of shared housing to help end homelessness in the U.S.," noting their approach is identifying, buying and rehabbing homes in "superior neighborhoods to provide a lifeline for people in recovery.""We're helping real estate investors around the country acquire homes to end homelessness and addiction in their own cities," says Frank Candelario. "We have great homes in great neighborhoods, utilizing tech-enabled all digital sober living. We use the latest in technology: computerized drug testing, smart technology for monitoring, data collection to assure that we are assisting in recovery and a highly skilled hands-on staff."Romatowsi says the Candelarios urged her and her husband, Richard, the company COO, to use their shared-housing approach to aid talented kids moving from foster homes and orphan situations to adulthood.Meaning rather than dealing with recovery issues, Romatowski, and her husband plan to build places where "go-getters go get," kids who, when it comes to graduation and launching into what's next, "we want them to finish and finish well," she says."Level Up Seattle provides these young adults with a warm community in a beautiful home where they attend school, take turns making meals and attend life-skills classes," she adds. "We also provide career development and mentorships with business and trade professionals, but importantly, we empower them so they can lift themselves up to their next level."As Angie Christensen, Level Up executive director, put it: "We want to select motivated young adults within these vulnerable populations and equip them to achieve their personal, educational and professional goals, creating their own safety net for perhaps the first time in their lives."  Christensen estimates that Level Up, which is seeking donations now, will need about $225,000 "to launch the model and build the scalable infrastructure." With the creator of the Make a Wish Foundation along with the shared-housing solution to homelessness that's been launched by the Candelarios, and now Katrina Eileen's firm and non-profit, the way may indeed be being paved to providing national tools to fight homelessness, from at-risk youth to veterans.