Kindness & Caring Change The World For The Families of Granger 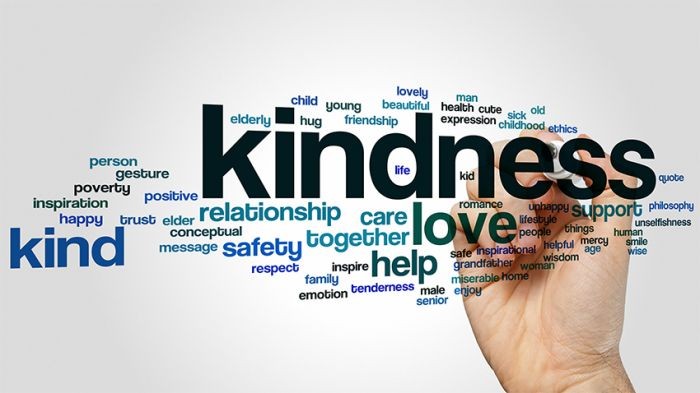 If you doubt that kindness and caring can change the world, then you're not familiar with the Yakima Valley town of Granger or the tiny non-profit called Families of Granger, created by Bellevue business leader Joan Wallace, that has been world changing for the children in the mostly Hispanic community. And for their families.The story of the birth of the little 501c3 that is sustained almost entirely by an annual holiday email ask by Joan Wallace to her giving friends began 14 years ago at a Thanksgiving dinner in Granger as Wallace listened while her sister in law, Janet Wheaton, laments one aspect of the coming Christmas season.  Wheaton, then principal of the Granger middle school, explained her worry that when school closes for the holiday season, the children do not receive the two free meals a day that they qualify for, and there is little food at home to feed them because most of the families are crop pickers who have no wintertime jobs. 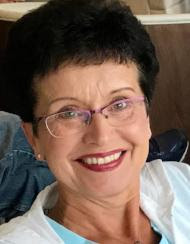 Joan WallaceBecause Wallace is a woman of action, almost instantly was born the idea of the email appeal to her friends and what soon became the 501c3 has grown in impact since then, with results that couldn't have been envisioned as she conceived the ask.Her 14th email, which now raises the $35,000 that is almost the sole of money for the non-profit's budget, goes out next Monday. "At this time each year I am very aggressive about finding friends," she jokes, while husband Bob matches her sense of humor. "He told me 'If I let you near anyone at this time of year, you'll try to pick their pocket.'"And thus this Thanksgiving season's Harp, as has been the case for almost a decade, is offered as the annual information update on what I referred to the first time I wrote about this story of caring as a "Michelangelo Moment" for a growing number of people in the Puget Sound area and Yakima Valley.The money raised each Thanksgiving appeal goes for Christmas gift cards and food baskets purchased locally at the grocery in Granger, and, in the spirit of the season, sent anonymously to Granger's neediest families.  She says that last year, 125 of the poorest families in one of the poorest communities, with 86 percent of the families Hispanic, got $50 gift cards to use at Walmart and $75 food baskets purchased to use at the local Hispanic grocery.But over the years, the money has also gone to provide emergency clothing needs through the year and a few years ago she and Wheaton and their local supporters created an annual summer camp.Wallace will be sharing with her email recipients that a years-long effort to get a splash park for the kids is about to come to fruition, due partly to the fact the number of snow-day makeups made it impossible to have the month-long summer camp so that money was available for another use.  "We put the funds into a match for development of a splash park since Granger doesn't have a pool, summers are hot, and pools are expensive to run," she explained.So the community gave, the 501c3 provided some funds and the city provided the land and agreed to fund maintenance for a splash park, which she describes as "basically a tricked-up sprinkler system that will now be open in May."In her annual email, Wallace will say the past year "had its triumphs and griefs, as on one end of the spectrum our motivational program to reduce absenteeism resulted in Granger again standing out again against all schools in the state."Our saddest contribution was to provide clothing for a family of eight children when their father murdered their mother," Wallace said. "Their home had become a crime scene and they were locked out."While doing our best to take care of the immediate needs, we also believe it is equally important to cultivate self-sufficiency and to enable these children to finish school and break the poverty barrier," Wallace explains.And the result in terms of attitudes of the families has been manifested with the successful campaign of students, parents, and teachers at the middle school two years ago to build a program to improve attendance, using the slogan that became a mantra, "Every Child, Every desk, Every day."Driven by the attendance-campaign slogan, the school set the state mark for best attendance record in the state, with an absentee rate of 4 percent, compared to a statewide average of 16 percent absenteeism.  The accomplishment promoted the creation of a special award, called Innovations in Education, that was presented at a banquet in Seattle in May of 2016 with support from the Discovery Institute, the Seattle law firm Patterson Buchanan, Kemper Development Co., Q-13 Fox and Sound Publishing.

They didn't win the honor this past year, but apparently came close and are focused this year on getting back on top.

Oh, and as for the "Michelangelo Moment," the story of Granger and the 501c3 that Wallace and Wheaton started, and the support that sprang up to support it brought to mind the painting on the ceiling of the Sistine Chapel in Rome, where the outreached finger of the almighty touches mankind.
Tweet
Tags:
Mike Flynn people issues
Durkan faces decision on tax-ruling appeal that ma...
Marine Corp Birthday Near - Marines' Always Brothe...