Mike Kunath, 'a true Renaissance Man,' remembered, as is his table 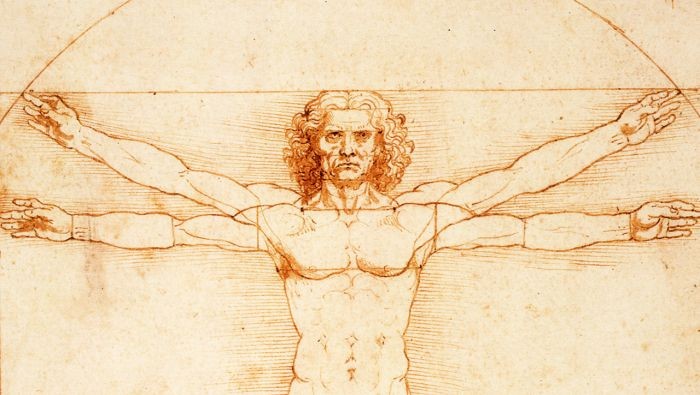 S. Michael (Mike) Kunath, who died in his sleep early Saturday after a nearly two-year battle with cancer will be remembered for his successful financial guidance of some of the region's most prominent business people, his active support of charitable causes and his nurture of entrepreneurs.

But for many who knew him, their memories will start with his table at the Fairmont Hotel where plans for most of his business, charitable and community involvements took shape and were vetted by those gathered there.

Kunath was a fan of this column and once hired me to help him create his own blog. And he often said to me: "You should write a column about this table." So here it is, Mike: a column about the table, and the unforgettable guy who held court there for nearly a quarter century through ownership of two hotels.

It was always an interesting group gathered over wine at his oval table just outside the bar at the Fairmont, whether they were there for important business discussions or merely someone wandering through the hotel lobby and invited to sit down. All looked on as any newcomer was advised by Kunath, leaning to his side in his chair, in earlier years, puffing on his corncob pipe: "tell us who you are and why you are here."

But first briefly about his background before reflection and recollections on the man his 46-year friend and co-investor in various businesses and charitable events, Brendan O'Farrell, referred to as "a true Renaissance Man for All Seasons."

Kunath was the son of a diplomat and spent his growing up years being educated in various places in the world before attending the University of San Francisco as well as Seattle University from which he graduated, then got his MBA. After time as a financial advisor, he became a founding partner and principal at Kunath, Karren, Rinne and Atkin, LLC in Seattle.

One of the most interesting ideas to spring from the Kunath-table discussions was one of the last. It was the suit he filed in July of 2017, a few months before his cancer emerged, challenging the Seattle City Council's plan to impose an income tax on Seattle residents.

Kunath, known as a political moderate, was incensed at a City Council that openly, and proudly, touted the measure before cheering supporters as an effort to "tax the rich." For days, his anger at a council that had departed so far from the moderate council members and mayors of old was on display to all who visited the table. Then came the lawsuit idea.

Filing suit against the tax was discussed and framed in table discussions for a couple of weeks, with it being important to Kunath that his suit is the first filed (eventually two other suits were filed against the City) because he was typically certain his arguments would be more persuasive before the court. 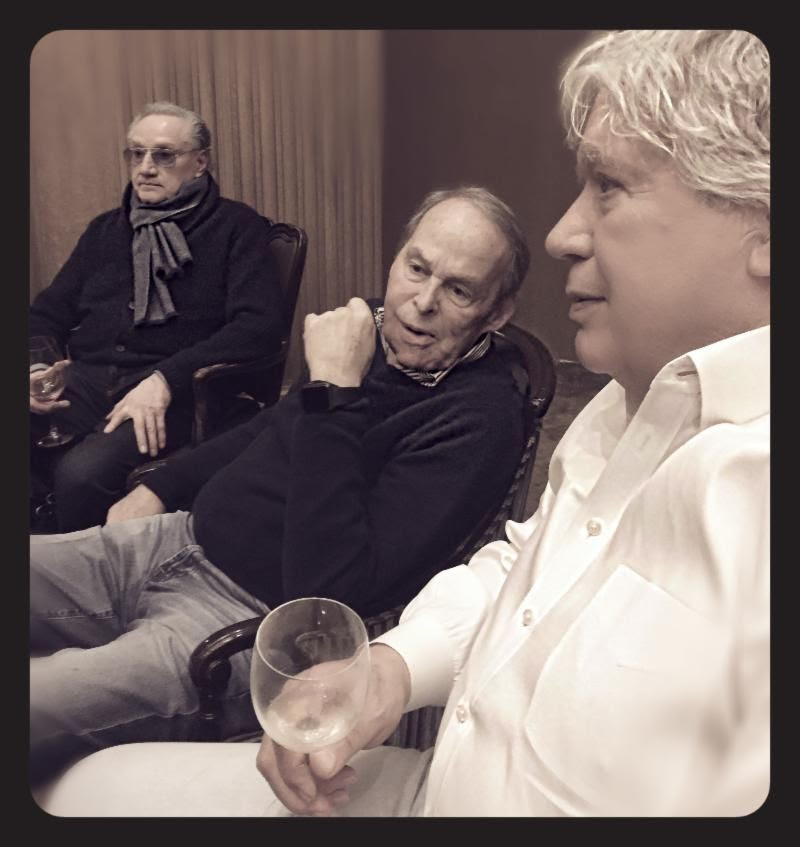 Juarez, Kunath, BledsoeKunath's suit was filed by his attorney, Matt Davis, minutes after then-Mayor Ed Murray signed the tax into law following City Council passage. By lottery, it was the suit first destined to be heard before King County Superior Court Judge John R. Ruhl in November, but the City Council decided to withdraw the income tax plan before Judge Ruhl could hear the case and rule on it.

While the suit over the city income tax was the most visible, it wasn't the most impactful of Kunath's involvements. The ones that likely fit that description of "impactful" came in the '80s.

First was the effort to turn the small leukemia support event called Celebrity Waiter into something significant.

His longtime friend, Mike Bledsoe, recalled in a conversation after Kunath's death, how he, Kunath and their mutual friend Gene Juarez, who was also a client of Kunath's, stepped in to turn the $12,000 fundraising lunch into what became the most successful Celebrity Waiters event in the country at about $500,000.

"We felt we could improve on the total amount raised and have a darn good time doing it," Bledsoe said. "The more zany things we could think up, the faster the event grew."

"I remember Kunath convincing me to travel with him to Vancouver B.C. a few years ago to convince a group of locals there that they should create, with our help, a sister group to the Seattle Celebrity Waiters group so we could have someone to compete with," Bledsoe added.

Ross planned to launch a fully accredited four year College, Heritage College, in an abandoned old Schoolhouse with the dream of bringing quality education to the Native-American students in the region.

"It looked like a long shot to us and so it was too big of an idea to ignore." And thus with business advice and arm-twisting of contacts for a financial contribution, coupled with Ross' vision, what has emerged in Toppenish is Heritage University. It was the Hispanic youths who have come in large numbers to Heritage, which now has branch campuses at two-year colleges in the Tri=Cities and Yakima.

Back to Kunath's table, which always sported a "reserved" sign throughout the day and which was, since Kunath always picked up the tab for wine there, a significant source of revenue for the hotel.

Kunath and I were the same age, our birthdays a day apart so we inevitably found time for a toast to the fact we were still here and life had been good to us the previous year. But there was no toast to our 79th this past April. 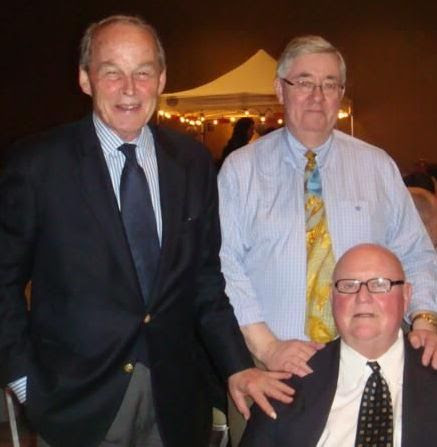 Kunath, OFarrell, HatchAmong the most regular of attendees at the table, always serving as both table humorist and key Kunath advisor, was Ken Hatch, the retired 30-year chairman and CEO of KIRO Inc, who died in November of 2017.

An example that far more than wine was shared there was the comment from his longtime friend John Oppenheimer, founder and CEO of Columbia Hospitality, the Seattle-based hospitality management and consulting company.

"Kunath's table at The Fairmont was such a great place for all kinds of introductions," Oppenheimer recalled. "We met our Senior VP of Marketing, who has been with us for the last 10 years, thanks to Mike's table."

There was a time when conversations at tables cross the city shaped the future of the region, like the one on which a napkin drawing of a space needle provided a step toward what became Century 21, the Seattle World's Fair. And many of those conversations were at the same hotel, but more likely back in the day when it was the Olympic Hotel.

There likely will be a final gathering at, or more likely in the room surrounding the table. And Bledsoe predicts attendees will take turns sitting in the chair at the head of the table, sipping a glass of wine and leaning forward while looking at the crowd with a Kunath grin.