Natalia Blokhina, who helps guide a Moscow-based fund management company, has learned early in her career as an international investor that business relations almost always overcome politics.Blokhina smiles as she responds to a question: No, she's never had an entrepreneur in whose start-up business she was offering to invest tell her "we don't want investment from Russia." 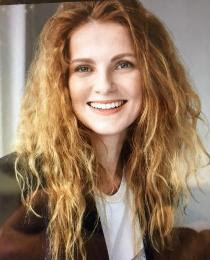 Natalia Blokhina"The more absurd political discussions get, the less business people pay attention to them," observes Blokhina, executive director of one of several fund management companies in the Russian capital.

The Moscow native found from her 12 years working with British and U.S. companies and in the emerging markets of the BRICS countries in China, India, and Africa that she was "fascinated with all the entrepreneurial opportunities."So Blokhina, 37, as a millennial entrepreneur with a degree from the TRIUM Global Executive MBA program in her impressive resume, returned home to Moscow in 2015 at a time of financial challenge for Russia "because I wanted to make a difference for my country."And, she added, you have to "try to listen to what you would love to do."So, as she told me, she transitioned "from someone who always thought of themselves as a corporate person who works inside the system to one who, having met successful entrepreneurs inside the business schools, thought they wanted to be one of them."I had not been aware of TRIUM Global Executive MBA program until our conversation.  The program is an alliance among NYU Stern School of Business, London School of Economics and Political Science, and HEC School of Management in Paris. Those accepted into the program take classes at all three institutions getting, an executive MBA and when finished, they have a global MBA from TRIUM, ranked third in the world in the 2016 Financial Times EMBA rankings and first in the 2014 rankings.  She got her degree, jointly awarded by the three schools, in 2015 as one of the youngest of the graduates of the program. Now she pursues investment opportunities for her boutique fund management company, one of several in Moscow formed by high-net-worth individuals, bringing with her the contacts with an alum group that is global by definition rather than by chance.Because of her NYU-alum contacts, she has invested in New York, but she said she has developed a keen interest in investment opportunities in the Pacific Northwest, having found "it is easier to do business with a smaller, more connected community that the Seattle area represents than with Silicon Valley. I didn't expect to find such a vibrant tech community here."That perception on her part may already be creating a benefit for Seattle among young prospective entrepreneurs and investors in Europe."A few companies in Europe that asked me about how they should go about getting into business in the U.S. and said they were thinking about expanding to New York or Silicon Valley, and I told them to look to Seattle," she said.But she cautions that the search for start-up investment opportunities has potential pitfalls, saying "you need to be able to diagnose the entrepreneur. Do they have what it takes? Are they self-critical enough? Do they want the company to transcend themselves?""I work with those for whom the answer is 'yes' to each of those questions," she said. "Work with" includes meeting with the portfolio companies usually monthly and serving on their boards.Perhaps not surprisingly, Blokhina is a fan of women entrepreneurs, offering "women can be good founders of companies because they are practical and realize needs better and more quickly than men.""Women have more time to look around and dream," she added. "They want to change things in ways that make things more usable and beautiful.""But they need to work with men," she added.Blokhina disclosed that New York alumna of the TRIUM program, with support from the TRIUM Global EMBA, are launching a new competition program for women-guided startups."We will engage female leaders from our global network to mentor the startups to prepare for the competition, with our goal being to have the first competition in 2018," she said, explaining that the competition will involve judges choosing the startup that will be awarded a large investment.The panel of judges will include TRIUM alums, faculty members, and other angels, she said.They have already begun an effort to attract angel associations and incubators to have roles as funders or sponsors of the competition.

"They seem to appreciate the idea of global diversity of the mentors and women-to-women collaboration," Blokhina said. "And the initiative creates a platform for the angel investors."

As the award and competition to win it take hold, it's quite possible that its international aspect and focus on women entrepreneurs could lead to it acquiring growing prestige among both entrepreneurs and angel investors.