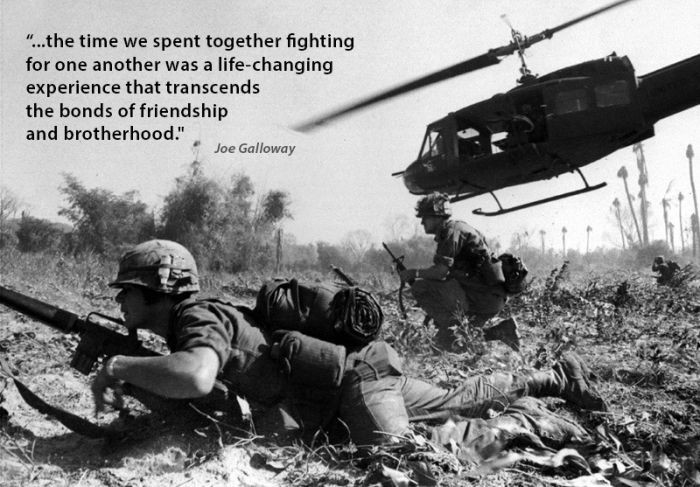 (This is the second of two columns relating to the 45th anniversary of the fall of Saigon on April 30, 1975, that brought an end to the Vietnam War.)

As Joe Galloway shared with me his reflections of the horror and heroism in the Ia Drang Valley in 1965 that his book and the movie that followed helped make unforgettable, he talked of the medals and commendations that followed and it struck me the place perhaps should be remembered as The Valley of Valor.

Bruce CrandallThe memories flowed out after I asked Galloway, who became one of the most respected correspondents who covered Vietnam, to share his thoughts with me as we marked, 45th anniversary of the fall of Saigon.

Those memories included the deeds of Bruce Crandall, now a Port Orchard resident, who was a hero of the battle and became Galloway's lifetime friend. In fact, Crandall was one of the interviewees when Galloway came to Seattle a few years ago for a week-long series of interviews that he conducted at KCPQ-TV studios.

Major Crandall, then 32, led the 16 helicopters that transported troops to the Ia Drang battle zone. Then he and his wingman, Ed "Too Tall" Freeman, kept their Hueys returning, almost 20 times, to resupply and remove the wounded, recovering 75 casualties, and finally flying them out.

Both were awarded the Distinguished Service Cross for their valor at Ia Drang, but it was more than 40 years before these were upgraded to the Medals of Honor. Paperwork delays are described as the reason it took so long for the Medal to be awarded.

But it's pretty likely that Galloway's book "We Were Soldiers Once...and Young," co-written by the commanding officer of the Ia Drang troops, and the movie made from it played a role in their eventual recognition.

Galloway noted that there were actually three Medals of Honor, the first to Second Lt. Walter Joseph (Joe) Marm, who was 24, like Joe. He was honored for
single-handedly destroying an enemy machine-gun position and several of its defenders while suffering severe wounds in the process. Marm was awarded the Medal of Honor a year after the battle

Hal Moore, the then-lieutenant colonel who was commander of the U.S. Army forces at Ia Drang and who co-authored two books on the battle with Galloway, was awarded the Distinguished Service Medal, the nation's second-highest honor.

And Galloway himself, who rescued a wounded soldier under fire, was awarded a Bronze Star Medal with "V" for valor. Galloway proudly noted in his email to me last week: "the Commanding General of the 82nd Airborne Division and Gen. Moore personally pinned the Bronze Star Medal on my chest in front of a Standing Room Only audience of cheering troops in June 1998."

Explaining the valor that permeated that valley in the four days of fighting, Galloway noted: "quite a number of medal-worthy actions were never recognized because so many men were wounded and evacuated and so many others were at the end of their tours as draftees and rotated home."

As an intriguing sidelight, Galloway shared that "During the Clinton Administration, Moore and I worked to have Congress pass a bill opening the window for submission of duly drawn and recommended upgrades and awards of medals of valor. We originally intended to bypass statute of limitations for Ia Drang veterans only but Congress opened the window for ALL veterans ALL wars and left it open."

The UPI correspondent who welcomed Galloway to Vietnam and showed him then ropes was Ray Herndon, who joined UPI in early 1962 when he was also 24, and covered the final days of the Laos War before moving to Vietnam in 1963.

Herndon made his name as one of the "Boys of Saigon," a small cadre of journalists who chronicled the rebellion by Buddhist clergy against the authoritarian South Vietnamese regime, and America's increasing - though officially unacknowledged - military involvement in the region.

When Herndon first arrived, he was covering Kennedy's War, but as he recalled for me his thoughts for a column I did with him a decade ago, "I was here for the event that turned Kennedy's Vietnam involvement into Lyndon Johnson's war."

That event in early August of 1964 became known as the Gulf of Tonkin incident, what the Johnson administration described as a sea clash between two U.S. destroyers and several North Vietnamese PT boats. It became the device that paved the way for the U.S. to begin sending combat troops to Vietnam. 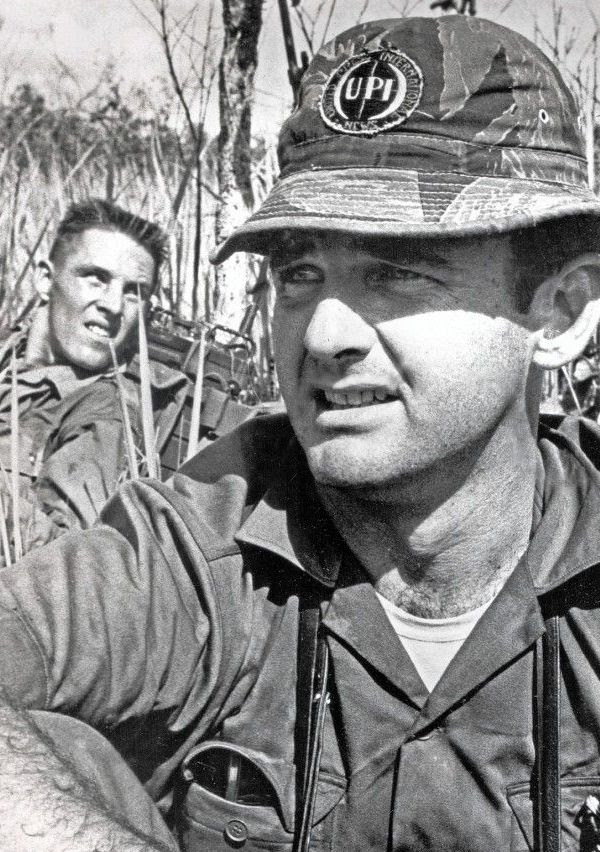 Ray HerndonHerndon, who died of cancer in 2015 at the age of 77, was two years into a five-year stint covering Vietnam when the Tonkin Gulf incident occurred. He recalled that "there was a great deal of skepticism among the press corps in Saigon about the incident. The North Vietnamese were not stupid and it never made sense that they would attack a vastly superior naval force without provocation."

In fact, history would show that the incident likely never happened, at least as it was portrayed to serve Johnson's intended goal of certain Congressional support.

There was indeed little skepticism about it in Congress, where the resolution was approved with only two senators, Ernest Gruening of Alaska and Wayne Morse of Oregon, voting against it. That gave Johnson carte blanche to commit the American military to war in Vietnam.

Herndon was part of the string of the best and the brightest of reporters who spent time covering the Vietnam War.

When we visited, he was a couple of years away from the news business, having retired from the Los Angeles Times, he retained the honed skills of observation and perspective.

So when I asked Herndon about what he considered parallels or similarities between Vietnam and Afghanistan conflicts, which was then in much greater public prominence then it is now, this was his response:

"We really seem to have a knack for picking some terrible places to fight wars. Both Vietnam and Afghanistan have long and proud histories of tirelessly fighting to expel foreign armies. And winning."
Herndon, who followed his UPI tenure with editor roles in Florida, Dallas, and Los Angeles before retiring, noted that the Vietnamese fought against the Chinese for a thousand years, then defeated their French colonial occupiers before the U.S. made its own unsuccessful attempt."
"Afghanistan, for its part, was the first and only country that Alexander the Great couldn't conquer," Herndon said. "And Imperial Britain, which easily gobbled up the combined territory of India and Pakistan next door, somehow couldn't defeat the much smaller Afghanistan. And it wasn't for lack of trying."
Tweet
Tags:
Mike Flynn Government people issues Politics
IRS needs strong pushback on PPP loans ruling
(Part 1 of 2) Reflecting on a Vietnam anniversary ...