PEMCO Insurance’s roots run deep in Seattle where it was founded 73 years ago, where for years the sign on its former Eastlake headquarters flashed the PEMCO name to every driver heading down I-5 for downtown Seattle just as its current five-story headquarters on Dexter is visible from Lake Union as well as I-5, and where for 37 years a CEO named McNaughton has kept the company at the forefront of philanthropy and corporate citizenship. And award-winning customer service.

Thus it came as a concern to some Seattle business leaders when Stanley W, McNaughton, PEMCO Mutual Insurance chair, CEO, and president for 24 years, announced last week that the company, the Northwest’s largest locally based auto and home insurance carrier, is seeking to sell its company headquarters building, along with three adjacent parcels of land located in Seattle’s South Lake Union neighborhood.

And more of a shock, though it likely brought a knowing nod from many Seattle CEOs, was the indication the company is open to where its new, smaller headquarters might be located, other than McNaughton’s promise that PEMCO “has no plans to leave the Pacific Northwest where it’s been a proud community member since 1949.” Obviously, that leaves a lot of options beyond Seattle.

"Over the last two-plus years, the pandemic taught us how to efficiently conduct business in a new and different way that continues to meet and exceed our customers’ needs," said McNaughton.

And in what is becoming a mantra for many CEOs in the post-COVID era, he added: 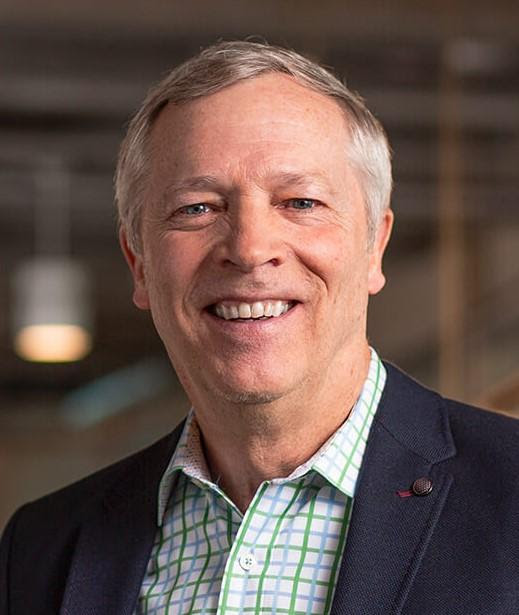 But a different mantra is being chanted by the likes of Elon Musk. At about the time McNaughton was sharing his thoughts, Musk was issuing an ultimatum requiring employees to return to work “at least 40 hours a week” or lose their jobs. He was quoted as viewing remote work as an affront to productivity.

Then there’s the arrogance behind a comment by New York’s Mayor Eric Adams, newly elected last year: ”I’m trying to fill up office buildings and I’m telling JPMorgan, Goldman Sachs, I’m telling all of them: Listen I need your people back into the office so we can build the ecosystem.”

In a phone interview following PEMCO’S announcement, McNaughton offered an observation that has thus far eluded many CEOs, and certainly Musk, as they seek to solve their own future-of-work challenges. “The emerging talent shortage has made it clear employees do have power now.”

“In essence, we have to figure out a different operating model,” he said. “We now have an opportunity for a fresh start. We are going to have locations but we don’t know how big they will have to be or how often our employees will be there, and finding the answers to that will go on for some time,” he added, perhaps implying that Seattle business leaders don’t have any immediate concern about suddenly learning that PEMCO is destined for a new community for its headquarters.

But it’s also likely that as McNaughton and his leadership team map PEMCO’s future that he will learn about both zoomtowns, where many employees may seek to live, and blended work, determining how often those employees come to headquarters. In fact, PEMCO has, for years, had a regional office in Spokane, which, together with its suburban North Idaho communities, has become a remote-work center of growing appeal.

And having known him since the mid-90s and his late father, Stanley O., for a decade before his untimely death in 1998, I’m quite certain McNaughton will immerse himself and his team to become masters of both, given that employees' and shareholders’ needs will guide deliberations. That means accountability as a mutual insurance company driven, in part, by its fiscal responsibility to act in the best interest of its owner-members.

It’s worth noting that the philanthropic and the community roles played by McNaughton and his father, Stanley O., over the combined 37 years of their leadership have brought regional awards and benefitted the broader region, most notably Stanley O.’s selection in 1996 for the First Citizen Award presented by the Seattle-King County Association of Realtors, the roster of winners over the decades reflecting the region’s most respected hall of honor.
Both were heavily involved on the board of Junior Achievement of Puget Sound, which long annually presented The McNaughton Award to a business leader who exemplified Stanley O.’s qualities of leadership. Stan W. is vice-chair of the Evergreen Safety Council and sits on the boards of Albers School of Business at Seattle University and Pacific Science Center in addition to JA.

“We’ve never had the option before to weigh a decision like this because we’ve never had the tools before,” McNaughton observed. “Now we can make sure we’ll strike a very healthy balance while reducing employee anxiety and helping them be more productive.” He offered the work-from-home example of an employee “who can walk their kids to the school bus then go home and be more productive without anxiety for their kids.”

“Planned flexibility, mobility, and accountability are what the future holds,” he added. “Measuring output and finding the intricacies of how to do that is what the future is about and it’s not about a building.”

"We’re leaning into the future, evolving as a company by focusing on ‘how’ we do business, not ‘where,’” McNaughton said. “For us, that means continuing to embrace cloud-based technology and supporting our hybrid work."

And his reference to “not where” may be a clue to his emerging view that we need to rebrand this region, acknowledging that it is a region with equal players, meaning a place name like the Puget Sound Region rather than the Greater Seattle Area, may more appropriately acknowledge the mobility understood in a new manner of conducting business in a hybrid-work era that avoids pitting one area against another.

I suspect McNaughton may learn, as many CEOs will need to come to learn, about remote-work locations, becoming generally known as Zoom Towns, because employees considering locating in a rural area will likely deserve support from their companies. And some of that coming to understand the places their employees want to move to and work from may mean coming to help those rural communities with investments for coworking spaces and maker places for those employees.

A friend of mine named Maury Forman, who guided rural economic development for the State Department of Congress until his retirement, did a summary of remote work for me several years ago to give me a better sense of what’s happening and I am sharing his thoughts here for those like McNaughton who are now confronting an issue that the best will want to learn everything they can about.

“Remote working and entrepreneurial assistance from zoom towns could bring many women and people of color back into the workforce but will need a supportive ecosystem for this to happen,” Forman added. “This would include changes in work and family life, a change in business practices, and leadership from businesses and communities.”

“As businesses attempt to hire and retain females and people of color in their workforce, allowing more long-term remote working and flexibility in the hours would be a good place to start,” offered Forman. “Since childcare is the main reason that many women have left their job, businesses could offer stipends, and Zoomtowns could provide referral services or donate space for childcare centers.”

The following key quote from Forman is that McNaughton needs to emphasize, should deliberations mean PEMCO decides on a different headquarters community and he gets peer pushback.

Forman: “The migration of entrepreneurs and remote workers to zoom towns will not mean that cities will turn into ghost towns. Time will show that the pandemic is an opportunity that could make urban areas stronger. They will be different, but they will evolve and survive. Major businesses will be able to cut some of their costs, seek better supply chains, reduce employee stress, improve air quality, employ a younger generation that will come with new ideas and new businesses, and identify talent in a wide range of areas and diversity.”

“Our cities have survived terrorist attacks, natural disasters, demonstrations, and recessions,” Forman continued. “They will also survive the after-effects of the pandemic. History has shown that local leaders and entrepreneurs have the capability to survive by constantly reinventing themselves and this can only mean a reawakening for cities. Zoom towns will not destroy urban growth. They will spread the wealth, add value and make them more sustainable. And one day, you will turn to your family and say, ‘let’s take a vacation into the city.’”
Tweet
Tags:
Mike Flynn
Growing awareness of holistic healthcare guides na...
Whalen's support for wounded veterans envisions bu...