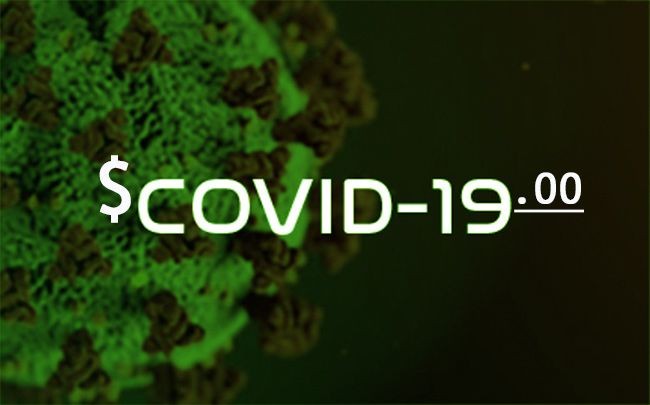 The necessary steps Washington Gov. Jay Inslee took to get a handle on the spread of the coronavirus in the state where it first appeared have apparently achieved the goal of controlling the virus. But the ensuing developments following Inslee's action have spiraled out of control and put the governor in a hunker-down, defensive situation.

First came the unfortunate impact of the economy halt as 600,000 state residents lost their jobs, sending them seeking state unemployment checks to survive the crisis.

Then Washington became the epicenter of a ring of foreign thieves tapping into the unemployment claims system, the calculation of the millions lost magnifying each day.

It's now estimated that the loss to the state is at nearly $1 billion, dwarfing the loss suffered by the handful of other states whose payment systems were hacked, reportedly by scammers including a Nigerian crime ring. 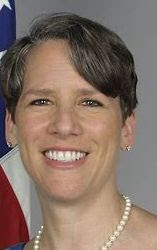 Suzie LevineFederal officials said Washington suffered far more losses than the half dozen other states that experience hackers because this state had a vulnerable system. That brought an unseemly defensive response from the governor's staff that if the feds knew Washington systems for handing claims was vulnerable, "why didn't they tell us." Really?

Then came the far more unfortunate, and frankly indefensible, action Inslee's Employment Security Department (ESD) commissioner, Suzie LeVine, took to try to get control of the hundreds of millions of state dollars in fraudulent claims. LeVine decided to hold up payments for unemployment claims until steps were taken to verify each claim, rather than make the payments and then reviewing the applications.

Now come the stories of anguish, desperation, and despair from those who first suffered the loss of jobs and now are suffering the loss of what's turning for many to be survival money because of LeVine's fraud-correction strategy.

But also now comes Lynn Brewer, who knows a few things about financial shenanigans and malfeasance from her days as an executive at Enron, a name that may ring few memory bells, 20 years on, despite the fact that until its bankruptcy in 2001, it was hailed as "America's most innovative company."

Thus when she and her husband's unemployment checks were caught up in the ESD scheme and the resulting scandal still unfolding, she expressed a sense of "I've been here before," with strong indignation in her voice.

In her book, "House of Cards: Confessions of an Enron Executive," after her 2001
departure from Enron, she detailed what happened inside the company. And for several years, she as a sought-after national speaker on the topic of corporate integrity.

"This is a governance failure of Enron proportions," Brewer said. "From my experience at Enron, I believe there are underlying issues with ESD that have not been revealed to the public by the media."

So she has filed a public records request seeking all email contact between Inslee and LeVine and between LeVine and those in her department.

"The public records request will tell us what those underlying issues are," Brewer added. "With a corporation, the Securities and Exchange Commission would investigate.  But here, it is left to the people to do the investigation."

Brewer also said she has "discussed a possible class-action lawsuit with one of the class action law firms involved in the Enron cases and they are assessing that."

Lynn BrewerBrewer told me today that she learned from one of those emailing her that ESD is refusing benefits to those who worked for a church or a nonprofit, which should provide fodder for media questions of the governor.

Republican Sen. Ann Rivers of Clark County said she has asked Inslee to use Federal CAREs Act dollars to do an audit of the ESD system but has had no response, as with the GOP lawmakers' request for the governor to call a special session of the Legislature to deal with the massive dollar loss.

Then Brewer began tweeting her dissatisfaction with the ESD and its lack of communication on the failure of ESD to pay her and her husband's claims. And the victims of ESD's disastrous effort to clean up the fraud issue began emailing their stories of anguish to her.

And those now 200 or more stories of pain came flowing in.
So she's been asked by Sen. Curt King, R-Yakima, to send the names to him so the Republican caucus can send the names to each legislator, Republican or Democrat, in whose district the resident denied claims resides.
"I have received emails from those who have not been paid, including people who have had their telephone shut off for non-payment; others who are sleeping in their car; and one who had lost 25 pounds from stress, and many more stories," she said.
LeVine is a much larger political issue for the governor than a flap with state Republican legislators. She is a prominent Democratic fund-raiser, having raised $2.3 million for Barrack Obama, who appointed her ambassador to Switzerland and Lichtenstein.

During the 2020 presidential campaign, she hosted a parade of presidential candidates in what one media organization described as "Salon-style fundraisers at her home in Seattle in her role as deputy finance chair for the Democratic National Committee."

Unless you are an extremely courageous chief executive, you withstand any pressure to fire a Suzie LeVine, regardless of her failures and shortcomings, particularly if you are a governor who hopes for a position in a Democratic administration, should Joe Biden defeat Donald Trump in November.

Senator Rivers said she is "amazed that the governor is doubling down on LeVine," a concern that Democratic lawmakers may soon if they haven't already quietly done so, be expressing to Inslee.

.While Brewer said she voted for Inslee, she has taken the lead as a visible protagonist in the campaign to get rid of LeVine, which could prove more troubling to Inslee than merely facing the criticism of Senate Republican leaders whose criticisms, even when supported by facts, will come across as political.

"The EDC snafu is a failure of numerous programs in the State government under his watch and there was a coordination of programs to curtail payments and an effort is being made to keep claimants and voters in the dark," Brewer charged.

"Simply, the public needs to know who coordinated this response to cut Washingtonians off from their weekly payments and what did Inslee know and when did he know it?" she said.