Compassion and caring aren't the first words that would come to most peoples' minds when they think of Las Vegas with its glitz and glamour. But compassion, love, and unity are the words Len Jessup, President of the University of Nevada-Las Vegas, used to describe the community's response to the horror of the nation's worst mass shooting. 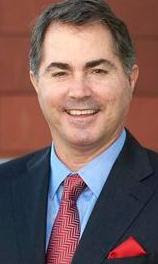 Len Jessup"What amazes me is how this campus and the entire community came together, so quickly, so compassionately, and with so much love and unity," Jessup said in an email to me in response to my question of how his campus, faculty, and students had fared."Within minutes, our Thomas and Mack arena was fully staffed and served all night long as a shelter for hundreds of victims," said Jessup, who is finishing his third year as president of UNLV "And within minutes, in the middle of the night, community members got word and brought blankets, sleeping bags, pillows, food, water, coffee, etc, for the victims."The Thomas and Mack Center is the home of the Runnin' Rebels basketball team that once was the key to national visibility for the university, founded 60 years ago this year as a small, branch campus of Reno-based University of Nevada.But in the future, the university and its arena may be remembered for the role both played in helping the community deal with the victims of the tragedy and the aftermath."Nurses and counselors showed up on their own to comfort folks, and Uber and Lyft drivers and countless community members showed up in cars to take victims wherever they needed to go for free," Jessup added. "Countless acts of love and compassion like that happened all that night and all week here in this community, showing what locals know well, that LV is truly a wonderful community."Jessup is still dealing with the impact of the mass killings at the open-air concert on his UNLV community of students, faculty and staff. A former student was among the 58 killed in the hail of bullets fired down from an upper floor of Mandalay Bay Hotel. He reported that four students and one staff member, an assistant coach of the hockey club, were among the wounded and one student sustained an injury trying to escape.Jessup's regard for how members of his university and the broader community responded said something about his regard for both that have developed since he arrived in January of 2015 as UNLV's 10th president.I got to know Jessup as a member of his national advisory board when he was dean of the Washington State University College of Business before he became president of the WSU Foundation and vice president for university development in May of 2005. Jessup filled the board with CEO-level executives from around the Northwest and beyond.We have had the opportunity to reconnect on my occasional trips to Las Vegas. He left WSU to become dean of the Eller College of Management at his ala mater, the University of Arizona, and was instrumental in helping to build out that university's technology transfer and commercialization program, Tech Launch Arizona.After honing his higher-education administrative leadership skills at WSU and University of Arizona, Jessup was ready when the right opportunity for a university presidency was offered from UNLV regents and he accepted at a time of dramatic challenge and change for the university and the city of 2.2 million.Indeed Jessup's challenge when he arrived was to grow the impact and image of a university whose major claim to fame was that it had the second most diverse student body in the nation.Since then he has ensured that the new UNLV medical school, funding for which was approved a few months after his arrival, was on track to welcome its first students and become the focal point of a planned 214-acre medical district in Las Vegas."Our medical school is launched and the first cohort began this past July, all of them on full-ride, four-year scholarships from the community," Jessup e-mailed in obvious pride.  "We had 900 applicants for the 60 spots, and there are a few vets among them, many first-generation college grads, and even some first-generation high school grads within their families"In fact, Jessup raised in San Francisco with both mother and father of Italian descent, was the first member of his family to graduate from college, which he told me as prompted him to "devote my life to service in higher ed because of the opportunities it has given me. And also to pay back my ancestors for the sacrifices they made in coming to America to make a better life possible."

Of the UNLV medical school's first class, Jessup said: "It's a very diverse class. We went after kids with direct Las Vegas or Nevada ties so as to increase the chance that they will stay here as doctors," which would be an important development for a state that has ranked 45thnationally in the number of doctors per 100,000 population.I asked Jessup in one of the emails what long-term impact might the events on the night of October 1st have on the community and the university."I don't know that what happened will deter people from visiting this great city in the future," Jessup said. "But it does mean that we'll have to rethink security for the open-air music festivals like the one this past Sunday evening that have become so incredibly popular here in town. And we will."