The political melodrama being played out in Republican-held legislatures around the country of rewriting election laws, a process worrisome to election officials of both parties, is getting a hard pushback from two nationally respected retired Washington Republican secretaries of state as well as the current holder of that office, also a Republican.

And a Republican side-stage scene of a bizarre vote recount in Arizona is described by Kim Wyman, the three-term current Washington secretary of state, as “a process that should concern every American.”

As in their outspoken support for Georgia’s secretary of state as he was being personally pressured by President Donald Trump to twist that state’s election outcome to his favor, five-term secretary of state Ralph Munro and his three-term successor Sam Reed have nothing but criticism for the voting rewrite efforts.

“It’s ridiculous for elected officials in these states to be using this Democracy-threatening device to perpetuate the big lie,” said Munro, to which Reed said, “that’s exactly how I would say it.”

“These election-change efforts are starting down a pretty scary road for Democracy,” added Wyman, who was elected to her third four-year term last November.

The three, plus Bruce Chapman, Republican who was appointed secretary of state in 1975 by Gov. Dan Evans and was elected to a single term in 1976 then made an unsuccessful run for the GOP nomination for governor in 1980, are being honored in a virtual event on May 20 by the Mainstream Republicans of Washington. The four will share the virtual stage to discuss their collective roles in this state’s 57-year GOP hold on the office of secretary of state, Washington’s chief election officer.

That remarkable political success story in what has usually been, and increasingly so in recent years, a deep blue state began in 1964 with the election of young Seattle City Councilman A. Ludlow Kramer who joined Dan Evans, who was elected governor, in a remarkable year in which their success defeating Democratic incumbents went dramatically against the Democratic sweep across the nation, led by Lyndon Johnson’s overwhelming defeat of Barry Goldwater.

Jon Nehring, the 10-year mayor of Marysville and chair of the organization that names itself mainstream isn’t sure an organization of that name exists in other states, though he agreed with a chuckle that it’s quite likely Republicans in Alabama or Texas would describe themselves as mainstream. Pretty certain that would include all the GOP House members who ousted Liz Cheney from her leadership role Wednesday for her criticisms of Trump.

Reed said that while The Mainstream Republicans of Washington is a unique organization, most states have a loosely connected group of moderates/mainstreamers.

Incidentally, I advised the three that Republicans like them are going to have to come up with a different mantra than “big lie” about Trump and Republicans who contend without factual support that the election was stolen by President Joe Biden and the Democrats. That’s because Trump this week co-opted that “big lie” phrase to now refer to his view, and the view of his followers, that he actually won in November.

The Washington Post did an analysis of the GOP’s national push in states around the country to enact hundreds of new election restrictions. The Post said the effort “could strain every available method of voting for tens of millions of Americans, potentially amounting to the most sweeping contraction of ballot access in the United States since the end of Reconstruction, when Southern states curtailed the voting rights of formerly enslaved Black men”.

In data compiled as of Feb, 19, the nonpartisan Brennan Center for Justice found that in 43 states across the country, Republican lawmakers have proposed at least 250 laws that would limit mail, early in-person, and Election Day voting with such constraints as stricter ID requirements, limited hours or narrower eligibility to vote absentee. 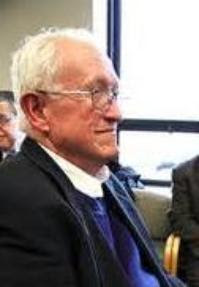 One of the numerous voter constraints being enacted or considered in many states where Republican legislatures hold sway is voters being required to carry some sort of approved personal i.d. to be permitted to vote.

Addressing that, Wyman said, “if states are going to crack down with a requirement for a voter i.d. then every eligible voter should have access to official i.d. for free.”

Wyman was particularly critical of the unusual election recount in Arizona, where the Republican-led State Senate ordered a recount of All 2.1 million votes cast in Maricopa County, a review being conducted not by elections officials but by independent contractors…a Florida firm that has no background with elections.

“If the 10,000 people who oversee local elections are to be replaced in oversight of the elections by state legislators, outcomes in the future will depend on which party is in power in a particular state,” said Wyman,

Wyman used the phrase “epitome of the opaque” to describe the Arizona recount, which she said is “a process that should concern every American.”

Munro, who I’ve known for 54 years and have never known him to go easy with something that deserves his criticism, said “rightwingers see voter fraud under every rock. In my 35 years of election involvement, I’ve seen voting mistakes occur but never of significant consequence.”

“To allow legislatures to directly oversee local election officials would be totally politicizing what is basically a very good process everywhere with people from both parties involved in watching the process and the counting,” he added.

When I wrote of Munro’s and Reed’s praise Georgia Secretary of State Brad Raffensperger for the manner in which he resisted personal pressure from Trump to alter the presidential election outcome in his state, I noted their suggestion that he deserved some sort of national honor for his courage.

Now Raffensperger’s state is among the leaders of the move to basically rewrite voter eligibility provisions with what critics see as a way to reduce the minority vote in the future.

One of the reasons Munro and Reed give for the phenomenal string of terms the Republicans have held the state’s chief elections overseer is that all have guided the office almost as if it were a non-partisan office.

And each had roles that went well beyond election oversight in their service to the state, including the international trade role, in Munro’s case.

Meanwhile, as the Republican state senate order of a recount of 2.1 million ballots in Maricopa County continues, one of the Republican senators who voted to approve the recount, under the control of a Florida firm hired to oversee it, is expressing regret at voting in favor of it.

“I didn’t think it would be this ridiculous. It’s embarrassing to be a state senator at this point,” Paul Boyer said of a partisan recount.

More than 100 Republican former governors, members of Congress, cabinet officials, and others plan to release a “call for American renewal” statement of principles and vision for the party on Thursday, a day after House Republicans removed Liz Cheney from their leadership ranks for her opposition to Trump’s false claims about a stolen 2020 election that sparked an insurrection at the U.S. Capitol on Jan. 6.

The group says it is prepared to raise “tens of millions” of dollars to support candidates in competitive 2022 midterm elections that will decide control of Congress and are laying the groundwork for an alternative party if the GOP doesn’t change course.

But Reed had a firm response to the idea of an alternative party.

“Third parties are a pipe dream. A waste of time,” Reed said.

That means he sees changes that need to be made having to come from within the GOP.

(Virtual event May 29 at 7:00 pm. Register at www.mrwalliance.org/honoring-our-secretaries-of-state-virtual-event. Individual tickets are $25 each or purchase a ticket to the event and the VIP reception with Secretary Kim Wyman for $250.  NOTE: Information on how to log onto the Zoom event will be sent after registration. )