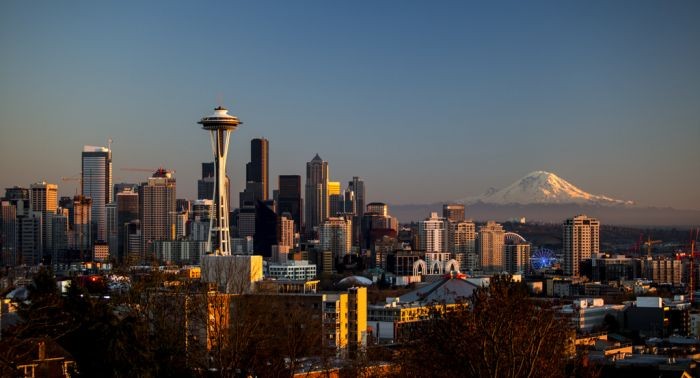 With a backdrop of the movie "Patriots Day," described by its director as "unapologetic in support of law enforcement," a special gathering took place in Seattle last week to honor First Responders, the police and firefighters who are asked to come through in time of crisis. It may have been the first event of its kind and certainly was a first in Seattle.

The event, without advance media hype and with no speeches and no elected officials present to distract from the "thank you" for the honorees, was the idea of Greg Steinhauer, president of American Life, with key support from the Seattle Police Foundation and a few local corporations who put up the money to make the event possible. 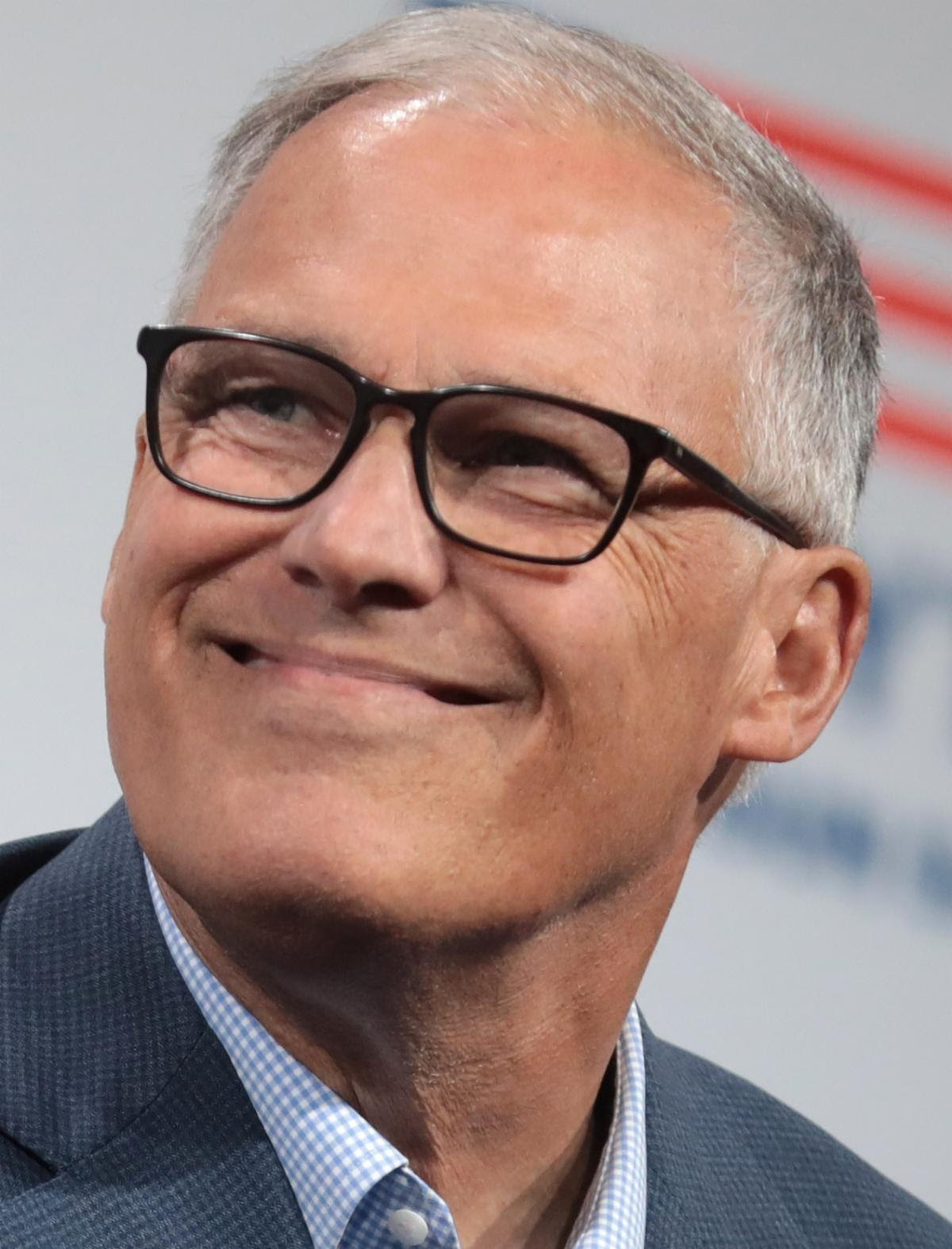 The event began at the Cinerama theater, where the movie "Patriots Day," the film about the 2013 Boston Marathon bombing and the subsequent manhunt for the terrorist brothers, was playing. It a wound up with a social gathering at the Westin downtown.

The importance of the movie to Seattle and the First Responders gathering is that Robert Merner, now an assistant police chief in Seattle, is a featured figure in the movie, being the basis for the lead character played by producer and actor Mark Wahlberg as a leader in the effort to find the brothers following the bombing.

Peter Berg, director and one of the writers, said of the film that it was "unapologetic in support of law enforcement," which to some observers accounted for the fact that Patriots Day surprisingly failed to be nominated for Best Picture for the recent Academy Awards.

One writer, discussing the Academy Awards nominations, observed that Patriots Day "Was exactly the movie that America needs right now."

That sense certainly came out when the Boston police officers, following the end of the hunt for the terrorist brothers, were on hand for a Red Sox baseball game and the game was stopped by the Red Sox so those in the stands could say "thank you."

Hard to imagine something like that happening in Seattle, where a police pushback is almost a required reaction in some circles of Seattleites and there is still lingering agitation about accusations of excessive force and abuse prior to a 2012 consent decree that followed Justice Department mandated reforms.

The idea for the gathering of police and firefighters to get to know each other came about at a social gathering where Fire Chief Harold Scoggins, Merner, Avalara CEO Scott McFarland and Wells Fargo's Senior Vice President Tim Brown were visiting.

It came up in conversation that Merner's role in the pursuit of the Boston bombers was being played by Wahlberg. Following that conversation, Debbie Peppa, charged by Steinhauer with putting on last week's event.

She recalled for me what happened next.

"It didn't take long before the idea was hatched that we should do an event to honor first responder and that the movie would be a great platform to do it, so Scott McFarland and Tim Brown quickly said they would support the event and I was tasked to make it happen," Peppa explained.

"Police Chief (Kathleen) O'Toole was supportive of it immediately as well," she added. "It's my understanding that it's the first time that an event like this was held, just an event to honor the officers and firefighters who risk their lives every day in a political climate that isn't really supportive of what they do so we wanted to send a message that people do recognize what they do."

"But it wouldn't have come about if Mark Pinkowski, chairman of the board for the Police Foundation, hadn't been instrumental in supporting the event, even though he was in Wisconsin dealing with the death of his father," Peppa said.

Mark Sundberg, president of International Parking Management (IPM), who was one of the sponsors of the gathering, said "It was a phenomenal event and it would be awesome if we could do it again next year and have the general public get the chance to be involved."

In fact a number of the firefighters and officers asked if this could become a yearly event to allow the two departments to mingle and build relationships.

Sundberg made a point of praising what has happened in the department under O'Toole's leadership.

O'Toole, who had headed the Boston police department as well as the Irish national police, was tapped just under three years ago by Mayor Ed Murray after a national search to take over what was a beleaguered department operating under the consent decree that required stiff reforms to combat excessive force and biased policing.

"The police chief is the best thing that has happened in Seattle for a long time," Sundberg told me.

As a bit of background on Assistant Chief Robert Merner, who was the catalyst for the event, he joined the Seattle Police Department two years ago this week from Boston, where he was chief of detectives in the Boston Police Department. In that role he oversaw 800 employees as superintendent of the Bureau of Investigative Services.

Merner, who joined the Boston Police Department in 1986, worked under O'Toole when she served as Boston police commissioner from 2004 to 2006.

O'Toole said at the time of his selection she was unaware that he had applied for the Seattle job until he became a finalist. He told her he didn't alert her of his interest because that would have been inappropriate, she said.

(Editor's note: This column is being sent today as an added

"Harp" because of the going-national move of an award-winning Seattle program we have written about several years ago.)

BankWork$, the initiative by former top bank executive Les Biller to create a career foothold in his old industry for people from inner-city and at-risk neighborhoods, is about to move from its successful launches in Los Angeles and Seattle to a national program, beginning with three new cities this fall.

Biller, who after his retirement as vice chairman and chief operating officer of Wells Fargo conceived the idea of training specially selected job seekers to be bank tellers and convinced a group of local banks in the two cities to get involved, has now created a multi-million-dollar plan to take BankWork$ national.

The national rollout commences this fall in the San Francisco Bay Area with Phoenix and Portland to come aboard in 2015 with three bank partners Bank of America, U.S. Bank and Wells each committing $1 million a year for five years with the Sheri and Les Biller Family Foundation matching that.

The success of BankWork$, first in Los Angeles where about 130 people a year are being placed in teller roles since 2006, then Seattle once Biller and his wife, Sheri, relocated to the Northwest and he had become chairman of Sterling Bank, spurred him to decide to take the program national.

To head the program and guide its growth into a national presence, Biller has hired Colleen Anderson, a long-time banking executive and a former colleague of Biller's at Wells, where she capped her 22-year career there in the roles of executive vice president and head of both business banking and California banking.

Biller explained that Anderson, who most recently was executive vice president in charge of all aspects of business and consumer banking for Pasadena-based OneWest Bank, "was looking at what she wanted to do next and decided that BankWork$ was an opportunity to give back."

The BankWork$ office will be in Los Angeles, although Biller will be highly involved in the growth of BankWork$ from his Seattle office.

Anderson may well serve as inspiration, as well as role model for those selected to participate in the training to become tellers since she recalls that her career began in a position called "proof operator, a position one level below teller that no longer exists."

Biller explained that Portland, Phoenix and the Bay Area were selected to be the first of what he expects will be a dozen or more Bankwork$ cities in five years because the three partner have substantial presences in the three cities and and those cities have substantial low-income minority communities.

Biller explained that as other cities are selected each year toward the 12-15 target cities, other bank partners will be brought into the program, depending on what banks have key presence in each of the cities.

Biller envisions that each city will need to provide a governmental entity as a third partner, with California state and Los Angeles County helping fund the Los Angeles program and federal funding in Seattle.

He launched BankWork$, which he envisioned as the first step on a possible career ladder for those selected, in Los Angeles four years after he retired from Wells Fargo in 2002 at the age of 54 to allow him and his wife, Sheri, to turn their attention toward philanthropic activities, including formation of a family foundation.

The idea for BankWork$ was borne out of Biller's commitment to education and a realization that "education is too often pretty low on the priority list in homes where there are a lot of other issues facing the families." he said in an interview we did as he launched the program in Seattle.

"I figured a key step was putting parents of those kids to work in jobs that paid above the minimum wage at the outset and provided career options for the future. Then education for the kids would move up the priority list," he said.

It was after the Billers relocated to Seattle four years ago that, with the Los Angeles BankWork$ program having successfully graduated and placed hundreds of people, that he decided it was time to launch the program in a second city, his new home.

He says he realized that the program offered the opportunity to marry the needs of business with the needs of the community because many of the teller jobs at banks are jobs that "are basically the same from bank to bank, and many use the same equipment to accomplish the tasks."

"We had to prove that it made economic sense for the banks, as well as the city and others who would be responsible for future funding as the program went on," Biller said, adding that he thinks

the results have been the proof.

"We've had about a 75 percent graduation rate, about 70 percent are being employed by banks and 10 percent hired by other businesses," he said. The per-student cost is running about $4,000.

"Once they're hired, we make an effort to ensure they stay with the bank, remaining in close contact with the new hires for six months," Biller said. "We have some who have already received several promotions and raises since hiring."

So as Biller prepares to take BankWork$ national, he thinks the concept could also grow beyond banking.

"A very important part of this is that in a sense it goes beyond banking," Biller said. "We could do this across a number of industries where the demand is high enough and the positions similar for various companies, thus reducing the cost of each person being trained.