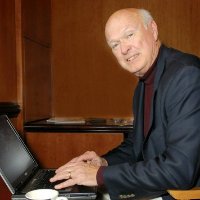 Over nearly a quarter century as editor and publisher of Puget Sound Business Journal, Mike Flynn learned what it takes to succeed in business and how building relationships represents the underpinnings of business success.

He views his selection as a 2013 laureate of the Puget Sound Business Hall of Fame as the proudest moment of his career.

Flynn retired in April of 2006 after 24 years at the helm of the Business Journal and moved to what he refers to as his “entrepreneurial encore” of consulting, counseling and advising businesses, business people and business organizations.

His focus and commitment relate to building business relationships, whether bringing business leaders of different regions together, bringing start-up entrepreneurs in contact with those who have capital to invest, or helping rural areas grow through creating contacts with expansion-minded businesses.

During his nearly quarter century with PSBJ, Flynn presided over its growth in influence and financial success as it became what was generally recognized by its peers as one of the most successful and respected weekly business newspapers in America.

Flynn’s career at the Business Journal followed two decades with United Press International as a reporter, manager and eventually as the San Francisco-based executive responsible for UPI’s business and marketing activities in the western United States.

Flynn says he found the most satisfying aspect of guiding the Business Journal to be creating and fostering the concept of not merely informing the business community, but also connecting it. And he brings that commitment to his consulting activity. He says part of the satisfaction he finds is the range of friends and contacts he has developed, not just in the State of Washington but across the western states, Mexico and Hawaii.

A commitment to community and non-profit causes has been a key part of Flynn’s involvements. He served on the board of the Association of Washington Business for 15 years, on the boards of both the Seattle and Bellevue chabers of commerce, the Columbia Tower Club, the Northwest Entrepreneur Network and the YMCA. He is past chair of the Downtown Seattle Association and Junior Achievement. He is currently and (on) the executive committee ogf Junior Achievement. the boards of The Columbia Tower Club and Downtown Seattle Association, and the advisory board for the Center for Entreprenuership and Innovation at Central Washington University.

His awards, in addition to the Business Hall of Fame selection, include twice being named the U.S. Small Business Administration’s Media Advocate of the Year; receiving the Lifetime Achievement Award from Gov. Christine Gregoire in 2006 for service to economic development in Washington State; receiving the McNaughton Award from JA in 2006 (presented each year to the local business leader who best exemplifies the qualities of service to business and the community demonstrated by the late Stanley O. McNaughton); selection as one of the 2006 Champions of Catholic Education honored at the Seattle Archdiocese’s annual Fulcrum Foundation banquet; and being selected six times for an Eagle Award from American City Business Journals for guiding one of the company’s most successful newspapers.

He and his wife, Betsy, have three children and eight grandchildren.

More in this category: Who We Are »