Two men who teamed with close business partners to build companies that became national leaders in their industries, a member of one of Seattle's most prominent families, and a woman who guided one of the region's best-known law firms will be the 2017 honorees of the Puget Sound Business Hall of Fame. The event celebrates its 30th anniversary this year.

The four whose lifetime of contributions to business will be celebrated at the Business Hall of Fame banquet on May 4 at the Seattle Waterfront Marriott are: Judith (Judy) Runstad, Carl Behnke, Artie Buerk and Don Nielsen. 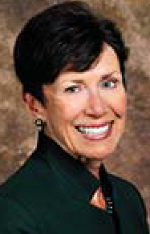 --Runstad, an attorney who became the first female managing partner of a major Seattle law as co-managing partner of Foster Pepper and went on to chair the Federal Reserve Board as well as serve two governors by chairing special commissions and serve on the boards of three public companies. 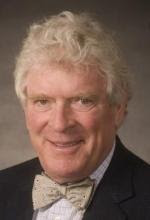 --Carl Behnke built the second largest Pepsi dealership in North America. Then he subsequently partnered with his wife, Renee, to create Sur La Table, which bills itself the ultimate place for kitchen exploration and discovery and had grown to one of the nation's largest specialty cookware companies by the time they sold it in 2011 to an international investment bank. Behnke's late uncle, David (Ned) Skinner, is a Hall of Fame laureate. 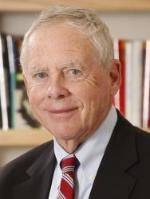 --Buerk, who became known as the "catalyst of ventures and connector of people," had many high points in his career. But a key one was when he partnered in the late '70s with old friend Chuck Barbo to build Shurgard into a nationwide storage company. Barbo was inducted into the Hall of Fame in 2014. 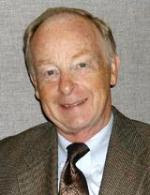 --Nielsen, who teamed with Kirby Cramer to co-found what became the world's largest contract biological and chemical research and testing company, Hazleton Laboratories Corp. Nielsen joins Cramer, his frequent business
partner over the years, in the Hall of Fame. Cramer was inducted in 2009.

After the first Seattle event, where eight honorees included four who had been inducted into the national Business Hall of Fame so were automatic inclusions in the local Hall of Fame, I was asked by several business leaders who wondered if we would have enough prospects to carry on for very many years.

The question has been answered many times over in the three decades since then and the induction of the 2017 foursome will bring to 122 the number of business leaders who have been singled out for the honor. Past honorees have represented virtually every business sector, and while many were lawyers by profession who moved into the top ranks of business and made their impacts, Runstad is the first laureate to be honored for her contributions as an attorney.

Thus the vignettes of each of the laureates that are the feature of the banquet have, because of the extensive research that goes into each of the videos produced by KCPQ-13 as a key partner with JA and PSBJ, have contributed to an understanding of the business history of this region.

And the Q-13 videos, as well as the profiles contained each year in the Business Journal'sspecial editorial section focusing on the Hall of Fame event, represent the history of the Puget Sound business community through the collective stories of the laureates.

Runstad served on corporate boards, a variety of gubernatorial commissions and, perhaps most prominently, was on the board, and in 1997 chaired, the Federal Reserve Bank of San Francisco. She was chair of the conference of chairs that year.

She was on the board of directors of Wells Fargo & Co., Potlatch Corp. and Safeco Corp.

Buerk teamed with Barbo to take a self-storage business they had, renamed it Shurgard, and built a nationwide brand, raising $750 million for expansion through what was described as "a vast constellation of brokered deals."

Despite his successes in the corporate world, many will say Buerk will be best remembered for his support of entrepreneurs and entrepreneurism. His own view is that "My whole life has revolved around startups and small businesses, the engines of the Northwest economy."

That lifelong involvement eventually led to the entrepreneurial center at the University of Washington being named the Arthur W. Buerk Center for Entrepreneurship in honor of both his involvement and of the $5.2 million gift from the Buerks to finance its future.

Nielsen partnered with Kirby Cramer in 1969 to launch Environmental Sciences Corp., a $200,000 startup in a garage. Over the following 14 years, after moving the company to Vienna, VA., the two built what they renamed Hazleton Laboratories Corp., into the world's largest contract biological and chemical research and testing company.

They took Hazleton public in 1983 and it was purchased in 1987 by Corning, which kept Nielsen on as president until 1992, when he retired and turned his focus to education reform, which has remained his focus as he has become a sought-after opinion leader and author on education change.

Behnke, as CEO, guided ALPAC as a Pepsi dealership that, but the time it was purchased by Pepsi, had become the second largest dealership in the nation with revenue in excess of $130 million annually. Then he teamed with his wife, Renee, to build Sur La Table into a national company. He sits on various corporate boards, as well as chairing the Skinner Corporation. The names Behnke and Skinner being among the best-known business and philanthropic families in the region.

Behnke's resume is filled with community and philanthropic involvements, as is the case with the other laureates. It's important to note that laureate selections are based solely on contributions to business and the economy, since other organizations and events focus on philanthropic contributions, although community involvement is part of the life commitment of most laureates chosen over the years.